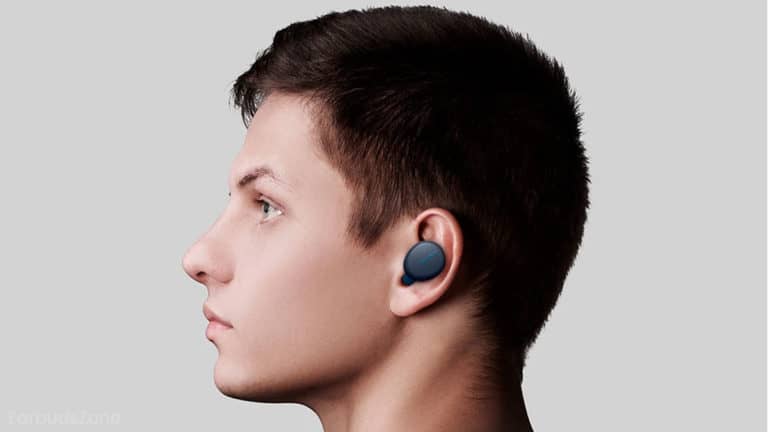 Headphones are a term used for a device that features two drivers connected by a headband and worn over the head. It’s also used as an umbrella term that encompasses all the other terms.

Headsets are headphones with microphones.

Earbuds are small devices that fit directly into the ear canal.

Earphones can be anything and everything depending on who you ask, so we avoid using the term.

If you’re in need of a new pair of cans to take your music-listening experience to the next level, chances are you already have a basic idea of what you need.

This may not include a specific model (that’s where our product reviews come in quite handy), but you likely know the shape of the device you want. It might be a pair of headphones or earbuds or perhaps even a headset. Or it could be earphones, in-ear headphones, over-ear headphones, or something else entirely.

If you’re not following, don’t worry.

Things would be much simpler that way. These descriptions may sound stupid, but ironically enough, using them is at times less likely to result in misunderstandings than using official terminology like headphones and earphones and so on.

The reason for this is simple: there is no universally agreed-upon paradigm cataloging these audio devices to which everyone must adhere.

Therefore, we’re here to set the record straight by establishing the terminology we use and why. This is the most popular use of these terms, so it should set you up for most situations, but just know that again, this is not an exact science, so some people may use other definitions; nothing we can do about that…

Without any further ado, let’s begin.

The most basic term that all the others stem from is headphones. This term is almost universally used to denote a device that features a pair of drivers connected by a headband and is used to listen to music when placed on top of one’s head.

It’s also used as an umbrella term that encompasses everything we’ll mention in this guide.

In terms of how the earcups rest on the ears, we can distinguish between two types of headphones:

With on-ear headphones, the ear cushions sit directly on your ears. This allows the earcups to be much smaller, which can help reduce the weight of the device and make it more suitable for outdoor use.

However, this also means that on-ear headphones have to clamp your head with more force to stay in place, which isn’t really a positive trait as far as comfort is concerned.

Since they funnel the sound directly into your ear canal, their sound stage can come across as constrained.

Conversely, over-ear headphones feature larger earcups with larger ear cushions, so they generally only sit on the outer ear.

This, in turn, makes them more comfortable to wear for long stretches of time, as they don’t have to clamp your head with as tight a grip. They also have a more expansive sound stage, courtesy of the larger space the drivers are given to work with.

They are, however, generally avoided for outdoor use due to their cartoonishly big frame.

If we are clear on the definition of headphones, then there’s nothing easier than explaining what a headset is – headphones with a built-in microphone.

This microphone can be detachable or non-detachable, fixed, movable, bendable… it doesn’t matter. If it’s got a microphone, it’s a headset. (Except if we’re talking about earbuds with a microphone – earbuds are pretty much their own thing, as you’ll see.)

Since the addition of the microphone makes the headset even more unwieldy for public use than most regular headphones, it usually employs an over-ear build, but those determined enough to get an on-ear headset can still find some.

Headsets offer the benefit that all other two-in-one solutions offer – convenience – but they come with the standard detriment as well – less focus. In this case, the jack-of-two-trades-master-of-neither approach leaves headsets with lower audio quality, or lower audio quality per dollar, to be more precise.

Since its overall price has to account for not just the overall construction but the addition of the microphone, a $50 headset will always sound worse than $50 headphones.

This is why we only recommend headsets over headphones to users who truly plan on making good use of the microphone.

Lastly, we have earbuds.

These are the tiny devices that go directly into the ear canal. They feature the smallest drivers and the most constrained soundstage, but they make up for it by being light as feathers and offering unmatched portability.

They also rule in terms of freedom of movement, which is why they’re held in such high favor by athletes.

Earbuds typically come with several silicone tips. Finding the tip that provides the perfect fit for you is paramount if you plan on exercising while using them (it’s important for regular music listening as well), but getting there can be an issue.

Some people swear by earbuds and can wear them for days on end without any discomfort, while others suffer from ear pain at the very mention of the word.

As far as audio quality goes, they don’t hold a candle to headphones and headsets, but again, they serve an entirely different type of consumer, so that’s not really a problem.

In essence, the three main types of mobile listening devices are:

At least, that’s the way we see them.

We follow this paradigm because it’s the one that prospective buyers are most likely to care for, given that these three types of devices all cater to different audiences.

This isn’t the case with another popular paradigm that categorizes headphones into:

This paradigm has the benefit of being the most illustrative, but it does not take the presence or absence of a microphone into account. This is why we use on-ear and over-ear terms only as secondary descriptors.

We introduce the device as either a headset or a pair of headphones and then elaborate on how they rest on the ears instead of the other way around.

As for earphones, there’s not a lot we can say. We’re not even sure we know what it means. Sometimes it’s synonymous with earbuds. Other times it’s used as an umbrella term for all the devices we’ve mentioned so far.

And there are probably cases where it’s used to mean something else entirely. Our advice is to avoid using this term as it generally causes confusion.

On a somewhat unrelated but still noteworthy note, we want to elaborate on the difference between closed-back and open-back devices. This can refer to both headphones and headsets, but we’ll use the former term for the sake of simplicity.

Both come with their advantages and disadvantages.

Opened-back headphones allow you to hear yourself while the headphones are on, which can be beneficial for anyone trying to speak while using them.

For example, many gamers enjoy using open-back headphones because they allow for a more spacious and immersive sound with the added benefit of not having to shout while communicating in online matches.

Likewise, these headphones are great for people who need to stay aware of their surroundings. Perhaps you’d like to enjoy your tunes or play a game, but you’re waiting for a delivery?

Last but not least, the open nature of these headphones also helps with ventilation.

This also makes them superior in any environment where the ambient noises threaten to interfere with the audio of the headphones.

What’s more, their bass is more powerful, given that it’s directed toward your ear and nothing else. The main downside of closed-back headphones, aside from the narrower soundstage, is overheating due to the lack of ventilation.

These terms don’t clash with any of the others, but we believe they should be mentioned in this article too.

In conclusion, headphone terminology can be rather confusing at first. Even after you’ve got a firm grasp on them, it can still be problematic at times. Even we don’t know what earphones are.

Hopefully, this guide has helped you distinguish between these terms. There’s a lot to consider when shopping for a new pair of cans, be it headphones, headsets, on-ear, over-ear, closed-back, open-back… The only exception is earbuds, which are simple to understand and hard to confuse with anything else.

The terminology used on this website is in your best interest. However, it’s not the only one out there, like we said, and you’re, of course, free to choose whichever one makes matters simpler for you.

In any case, we hope it helps! 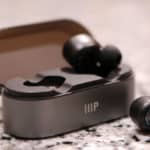 What Are True Wireless Earbuds And Are They Worth It?