Get a weekly roundup of the latest news in the display industry. Delivered straight to your inbox.

EarbudsZone is reader-supported. When you buy a product via a link on this site, we may earn a small commission. Learn more.

Home » Learn » External DAC – Is It Necessary For Your Headphones?

External DAC – Is It Necessary For Your Headphones?

If you’ve ever thought to complain to one of your audiophile friends about your headphones sounding worse on your setup than on theirs chances are they’d urge you to buy an external DAC in a most well-meaning manner.

But there are plenty of DACs out there – some can easily fit into a pocket while others can be quite heftier. And the price varies just as much! Most importantly, as far as you know, none of your non-audiophile friends are using them.

So naturally, the question arises:

Is an external DAC necessary for your headphones?

First things first, let’s see what a DAC even is.

DAC is an acronym that stands for digital-to-analog converter.

Since all the songs – or audio files of any kinds for that matter – stored on your PC or smartphone are digital (strings of ones and zeros), they need to be converted into analog signals before the driver can interpret them and turn them into sounds that we can hear. And that’s what DACs do – they act as audio signal translators, letting us understand what the source file is trying to tell us.

So if you were to try and play music without a DAC, the audio source would still be sending out a digital signal, but naturally, you wouldn’t be able to hear it.

In that sense, a DAC is not only necessary but essential in order to listen to any kind of digital music.

As you’ve already picked up by now, we can hear the music we play on our smartphones and PCs even without purchasing a DAC. This is because these devices feature their own built-in DACs. The motherboard of your PC or laptop has one, and your smartphone’s got one as well.

But not all DACs are made equal.

So the crux of the issue becomes this:

What can an external DAC offer than an inbuilt one cannot?

Why Do You Need an External DAC 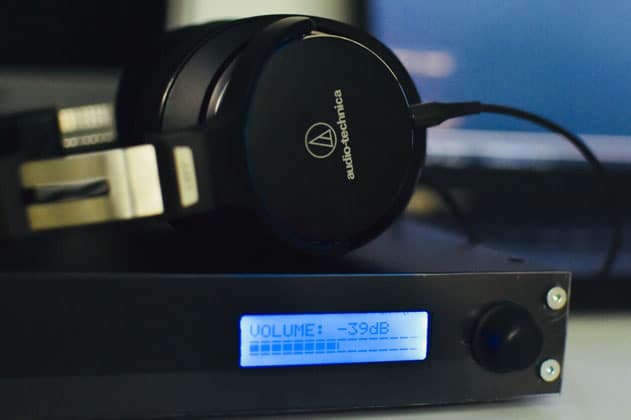 The answer is quite a bit, actually!

High-quality audio is not the focus of every device out there.

Many smartphones, especially budget ones, are content with DACs that are just good enough for you to carry out a phone call without any hiccups. In fact, they need such mediocre DACs to keep the price down.

And that’s where external DACs come in – they can get rid of the unwanted artifacts, distortion, and so on caused by subpar built-in DACs.

On the other hand, some built-in DACs can be rather powerful. For example, there are certain high-end motherboards out there are feature DACs so good an upgrade to an external DAC just wouldn’t be worth the money.

So if you don’t have any issues with your audio in the first place, chances are you don’t need an external DAC. At the very least check to see if your built-in solution is already exceptional so as not to waste money.

However, there is one reason why you may want a DAC even if you’re content with the audio your smartphone or laptop can generally produce and that’s if you’re suffering from issues caused by impedance. 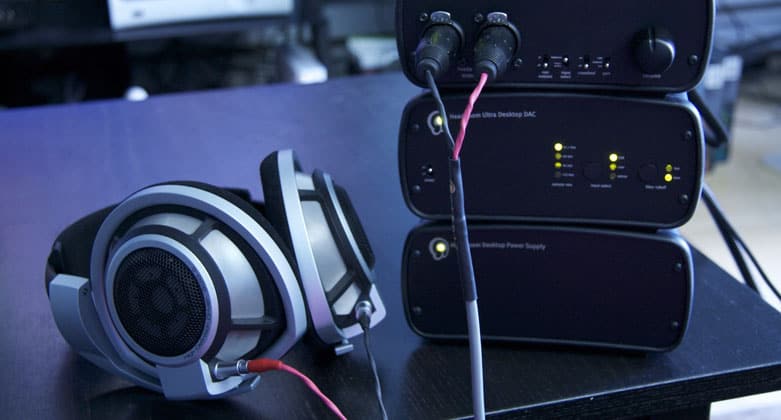 Impedance is an often-overlooked headphone spec that’s kind of difficult to explain succinctly.

We’ve had to write a full article about it just to cover the basics, so read that if you want to full rundown.

But in essence, impedance shows you what your headphones are like at resisting the signal from the audio source. This is measured in ohms, with the range for headphones spanning between 8 and 600 ohms.

Consequently, the higher the charge, the more resistance it offers, which means you need a stronger signal to adequately use the headphones.

Why is this an issue?

Well, battery-powered devices like smartphones simply cannot generate a strong enough signal to properly feed high-impedance headphones. As a result, if you were to plug a pair of high-impedance headphones into your smartphone, you’d be treated to subpar audio that’s not only quiet but also inconsistent as different frequencies. And the same goes for many PCs and laptops.

So, if for whatever reason you’ve got a pair of high-impedance headphones that you want to pair with a device that just can’t handle them, you can use an external DAC to fix the issue.

In truth, it’s not the DAC that’s feeding more power into the headphones – that job goes to the amplifier. But most DACs come with their own amps, so that’s how that works out.

As a quick reference, when we say high-impedance headphones we mean anything with an impedance of over 100 ohms. There are some motherboards out there that can handle even 600 ohms, but unless you’ve got a high-end motherboard, don’t hold out hope for this.

On the other hand, low-impedance devices span the range between 8 and 26 ohms. Anything in this range can be properly used by a battery-powered device since even the battery can produce a strong enough signal to overcome this low resistance.

And then there’s the middle area that’s considered neither low nor high-impedance. Headphones in this range are often called DJ headphones and whether or not you can run them without an external DAC should be approached on a case-by-case basis.

In most cases, you’d likely need an external DAC for headphones with an impedance over 50, but this depends on your audio source – some battery-powered devices can handle these mid-range impedance ratings better than others.

There’s a lot more to impedance than this, but we hope this should be enough to understand the role it plays in the need for external DACs. 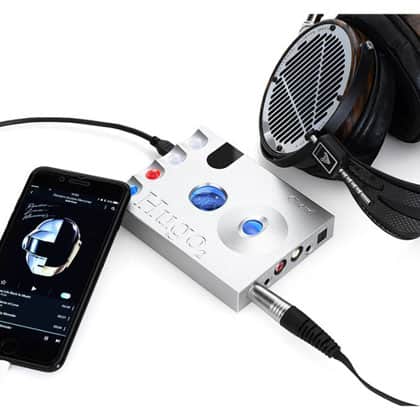 In any case, external DACs do offer an improvement in sound quality.

But the degree to which they help can vary.

For example, external DACs used to be the go-to solution for eliminating jittering and hissing, but nowadays even the cheapest of built-in DACs have no business suffering from these issues.

DACs are also known to positively affect the soundstage of headphones. This makes the music feel more engaging and lifelike. Gamers could also use this to benefit from better surround sound. For example, the Sennheiser GSX1000 DAC not only improves the audio quality over a regular old internal DAC, but it’s also able to bestow upon your headphones the gift of surround sound that rivals or even exceeds some true surround sound headphones.

There are other small quality of life improvements that external DACs bring to the table, but it’s paramount to understand that the DAC, external or otherwise, can’t do all the heavy lifting by itself.

It’s Not All About the DAC

The DAC is just one variable in the equations towards higher quality audio, but it doesn’t offer much if you neglect the other variables.

And for the most part, the other variables boil down to the headphones and the audio format.

We’ve got plenty of great headphone and earbud reviews here – from wired models to wireless and even true wireless ones – so check them out if you’re in need of a great new pair of headphones or earbuds. In any case, we’d argue that good headphones and an okay integrated DAC offer a better listening experience than a great DAC with subpar headphones.

However, not even the best headphones and best DAC will help if you simply listen to lossy audio formats. Not all audio formats are the same. There are many lossless formats out there, like FLAC for example, that are capable of reproducing music exactly as it was recorded. But lossy formats like MP3 simply aren’t as high-quality and can introduce all kinds of distortion problems.

If MP3 is a-okay to you – which is perfectly fine, not everyone has the same kinds of expectations from their music – then you’re likely not the kind of person who needs an external DAC except in case of impedance mismatch.

Alternatively, even if you want to ensure the best possible listening experience, you should first make sure to use lossless audio files and procure a proper headset before worrying about an external DAC.

It’s the last step you should make in your quest for awesome audio. 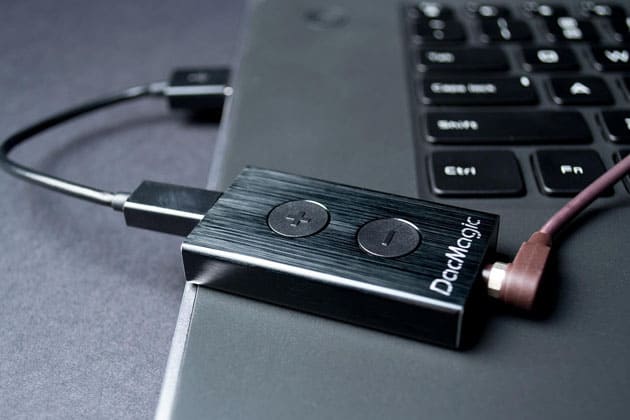 In conclusion: Is an external DAC necessary for your headphones?

In most cases, the answer is no.

Unless your audio is suffering from jittering or hissing, a DAC isn’t going to do much for you. It’s generally better to invest the extra money you’d otherwise spend on a DAC into getting better headphones.

So for most people, built-in DACs offer enough to enjoy perfectly fine audio.

However, for audiophiles looking to get the best audio possible, the answer is a hard yes. It’s just that, even then, the DAC shouldn’t be higher on the list of priorities than the headphones.