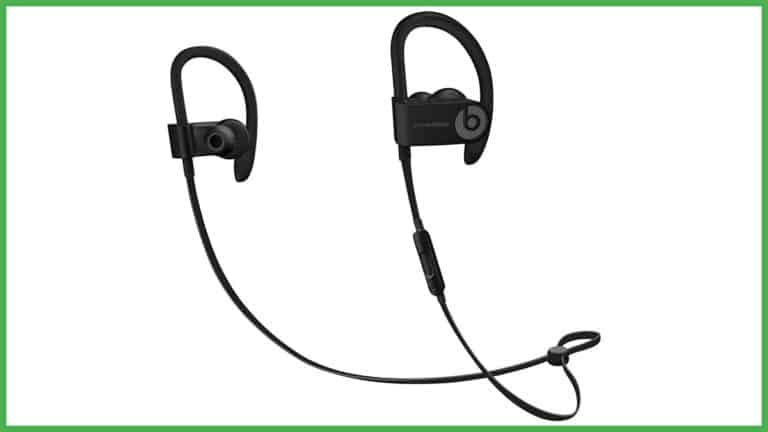 The PowerBeats 3 earbuds offer an unprecedented sound quality for wireless earbuds, but it’s hard for us to get too hyped about this because the sound quality isn’t that much more important in sports earbuds than, say, durability and comfort, both of which are iffy with this model.

While Beats have come a long way since their ‘style-over-substance’ days, especially since the Apple acquisition and the release of the Solo 2 headphones, many would still not consider their products audiophile grade.

But the PowerBeats line of earbuds is specifically made for sports use, so the audio quality is not the be-all-end-all aspect you’ll be looking at.

The PowerBeats 2 earbuds were easily the most popular sports earbuds of all time, so let’s see how the sequel fares against them.

Durability is key here. It’s not as if audio quality isn’t relevant when dealing with sports earbuds, but it does give other aspects more time to shine than it otherwise would, and this might very well be the most important one.

No matter how secure a fit they have, sports earbuds ought to be able to take a hit or two. And at first glance, the PowerBeats 3 really look like they have a lot going for them. Yes, they’re made of plastic, but the plastic here definitely doesn’t feel like it’s too afraid of heights. And they’re water and sweatproof to boot… allegedly.

Here’s where things begin to feel murky. For some reason, the PowerBeats 3 earbuds don’t have an IPX rating, so it would be an understatement to say that you should take these durability claims with a grain of salt.

You can find videos on YouTube of people splashing these earbuds with water without damaging them, but if you look at user reviews, you’ll start to get a bit more hesitant.

As for comfort and stability, the PowerBeats 3 are great, but they’re not for everyone.

We very much like that Beats opted to keep the ear hook design that so many manufacturers have dropped. It may not be the most elegant solution, but it’s simple and, most importantly, effective. The hooks on this model are bendable, and they’ll keep the shape you put them in, so it shouldn’t take you too long to find a good position.

But this does come with some downsides.

Because a huge part of them is sticking out of your ear, getting a perfect seal is not guaranteed. It’s crucial to remember this, especially seeing how the ear tips actually aren’t designed to go inside the ear canal. And here’s what happens if you don’t manage to get a good seal:

The overall sound will become thin, and the bass response will suffer heavily. Also, the ear tips will start wiggling around in your ear and try their hardest to fall off once you get any sweat on them. The hooks will keep them in place, but it’s not a great feeling.

Of course, if you can get a perfect seal, then none of this will matter, but that seems like a very high-risk, high-reward gamble. They come with four pairs of silicone ear tips that vary in size. This can help, but we feel that Comply foam tips would have also been a great addition, especially given the exorbitant price.

One of the biggest selling points of the PowerBeats 3 is the inclusion of the Apple W1 chip. Not only does this make pairing these earbuds with any Apple device a breeze, but it’ll also do wonders for the signal (and this last part goes for Androids as well).

The new chip increases the range of your signal quite substantially, and it also doesn’t seem to care at all about walls. You’d have to live in a mansion to worry about losing signal while using them in your home.

The battery in these earbuds is simply phenomenal, especially given that these are earbuds and that the battery has to be pretty tiny to fit.

How quickly the battery depletes will vary depending on how loudly your music is playing, but unless you’re rocking it out at dangerous levels of volume, you should expect them to last you the full 12 hours, as claimed.

This is pretty awesome in and of itself, but it gets even better.

The PowerBeats 3 feature ‘Fast Fuel Charging‘, which basically means that 5 minutes of charging will get you an hour’s worth of playback.

Basically, you can charge them from zero to full in just an hour, which is probably even handier for when you’re just about to head out to the gym and remember that your battery is empty. You’ll just need to wait around for five to ten minutes and be good for a full workout session.

Finally, they use a standard micro USB port for charging instead of Apple’s proprietary Lightning port. This may change with the next iteration, so we’ll certainly enjoy it while we have the chance.

The PowerBeats 3 do have a cable, but they make the best of it. First of all, there’s a clip that you can use to get rid of the excess cable that’s just dangling around, which is arguably the worst part about ‘false wireless earbuds’. Additionally, it also features an in-line remote with a microphone.

The remote lets you do everything from controlling the volume to pausing and playing, changing songs, and taking calls. The remote is a bit high if we’re being nit-picky, meaning that you’ll always have to operate it by feel, but the same could be said for the power and Bluetooth pairing button on the left earbud.

It’s hard to criticize this when there really isn’t a more convenient place to put these in. It also helps that the buttons have good feedback.

Just because the sound isn’t the most important aspect of sports earbuds doesn’t mean it’s not still vital, especially when you’re paying top dollar. Provided that you can get a proper seal (which we’ll assume you can for the purpose of this review), the sound really doesn’t disappoint.

In many ways, they’re just what you’d expect Beats earbuds to be. They’re very bass-heavy, but the bass is very tight instead of just being boomy. The midbass is excellent as well. The mids can get overshadowed, but they’re clear most of the time.

In fact, if we had to name a weak link here, it would have to be the highs rather than the mids. The highs can sometimes sound sharp, and you may have to turn down the volume in order to avoid this.

There’s some distortion at louder volumes, and they’re generally a bit quieter than the PowerBeats 2, although whether this is a good thing or a bad thing will depend on your preferences. We didn’t mind this change because we’d like our hearing to last.

What’s more, the soundstage is incredible, especially for earbuds where it’s not really expected. You get a good sense of depth and width.

Still, what impressed us the most has got to be how rich the sound is. It’s not out of this world; headphones still sound better, and so do many wired earbuds, but we’ve never seen wireless earbuds retain this level of detail. They sound full and rich, no doubt, thanks to the new W1 chip.

Who Are They For?

But for all their merits, we still have to ask ourselves: Are they worth it?

And more importantly: Who are they worth it for?

One thing that we didn’t mention is that the PowerBeats 3 don’t have the best isolation. Some people prefer it this way, but not everyone does. If you’re a runner, you’ll definitely appreciate this for the extra safety, but if you’re frequenting a rather loud gym, you can throw the rich, detailed sound out the window because you won’t really hear it as well.

Also, despite not being boomy, the bass might still be a bit too loud for casual listening.

It’s excellent for putting in that extra set, but it can be too much for casual listening and commutes. So, if you want to use your $200 earbuds outside the gym, these might not be your best option.

The asking price of $200 itself is also a lot, especially given how many little things there are that can ruin them for you, like not finding a proper seal. And this is without even taking into consideration the dubious durability.

Overall, we’d say that they’re still a great pair of earbuds for running and hitting the gym if you can get them at a discount. If not, the PowerBeats 2 is still an excellent pick, and even the X2 and X3 JayBirds have a lot to offer at significantly lower prices. 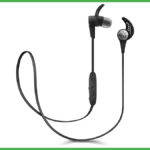