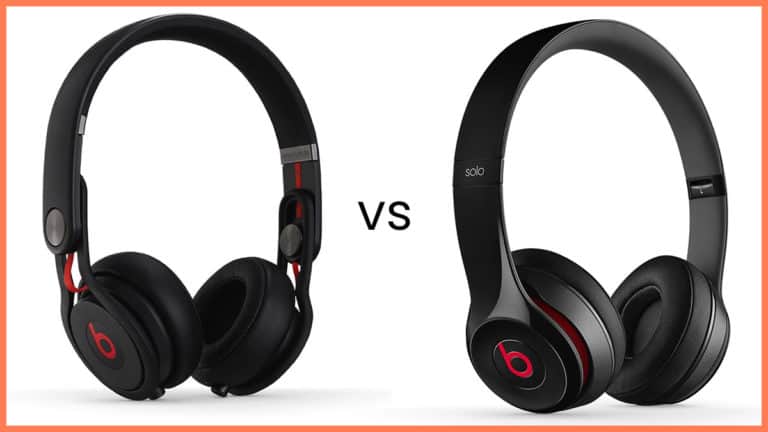 If we exclude the hit-or-miss, artificially bass-heavy sound profile that the Beats headphones are known for, the brand has only had one recurring criticism since its conception – the price.

Now the sound profile, while not a favorite among audiophiles, isn’t a disadvantage. It’s a feature! It’s not a feature for everyone, but there are many who appreciate it.

Still, the general consensus remains that most Beats headphones are overpriced and that logo on the earcups easily makes up for at least $50 of the overall price.

However, enough time has passed since some of the more respectable models by Beats were released that the price isn’t really a challenge anymore if you aren’t dead set on owning only the latest models.

That’s why in this guide, we’ll be comparing the Beats Mixr and the Beats Solo 2 headphones to see which of these old-timers would be the best choice if you want to feel what the Beats are all about at an affordable price.

Now, these two on-ear headphones do have a lot of similarities, which is unsurprising given there’s only a one-year gap between them. They’re both on-ear headphones that were designed with as much emphasis placed on the looks and portability as on the sound.

So if you’re judging by the looks, there isn’t an obvious winner here. They’re both quite attractive, with more than enough color options to satisfy any user.

The Mixr does look a bit more unique, especially with the rotating ear cups, but it by no means presents a grand departure from the signature Beats looks that the Solo 2 has going for it.

Overall, which headphones you’ll find more appealing will boil down to your personal preference, but since they both look simply outstanding, we don’t think this should ever be an issue.

However, the same can’t be said for the build quality. Now, the Mixr is not a flimsy or poorly made headphone, but it isn’t as good compared to the Solo 2, which is the focus of this guide.

The Mixr has some durability going for it, thanks to a few metal parts and the robust-feeling plastic, but it just didn’t impress us. The Solo 2, on the other hand, may look a lot alike, what with the mostly plastic design with a few metal parts, but it definitely feels like the sturdier headphone of the two.

Don’t expect them to be impervious, but it’s also highly unlikely that you could break the Solo 2 unless you really set your mind to it and put in an effort.

Otherwise, they should hold up just fine and handle the everyday wear and tear like a champ. They’re very twisty and bendy, and the headband can handle a 140 degrees angle. Not that it should, but it can.

Now we have to emphasize that the margin in build quality between the two isn’t all that big. Again, the Mixr is by no means a cheap piece of plastic that’ll break if you cast a mean glance at it, but we have to give the slight edge to the Solo 2 as far as durability is concerned.

Still, what really sets them apart is the sound isolation. Both of these headphones only offer passive noise-cancellation, but the Solo 2 is genuinely exceptional in this regard, while the Mixr is only so and so.

Of course, if you mostly listen to music in a quiet apartment, then feel free to ignore this entirely should the Mixr’s aesthetic appeal tickle your fancy more.

Although there are better headphones you can get if you plan on using them mostly in your apartment, as we’ve already mentioned, a great deal of effort went into producing both of these headphones to be portable and appropriate for outdoor use. Part of these efforts is the stronger-than-average clamping force with which the Mixr and the Solo 2 grip your head.

If you’re out and about, this is an indispensable and welcome characteristic that’ll help keep these headphones firmly on your head while you walk, jog, or even during your workouts.

However, if you lead a more sedentary lifestyle and you can most often be observed sitting on the couch or in front of a computer with the headphones on, then you’ll definitely appreciate wearing headphones that don’t put as much strain on your ears.

What’s more, the increased clamping force is hardly the only concession that these headphones made in order to be more portable.

The Beats Mixr, for example, feature a rubbery headband that’s good for keeping the headphones locked in place but hardly contributes with anything worthwhile to the comfort department.

The Solo 2 doesn’t fare much better. They both have decent cushioning, but it isn’t enough to make up for everything else.

Again, we have to emphasize that these aren’t design flaws – they’re features, brilliant features, in fact, when we consider what their intended purpose is. If you don’t like how any of this sounds, then you’re probably not looking for portable headphones. And it’s not like they’re painful to wear. On the contrary, in fact!

We should also note that both of these headphones are wired, using the standard 3.5 mm audio cable. This is particularly vital because the Solo 2 headphones also have a wireless variant that costs more and sounds quite different.

We’ve actually done a full review of the Solo 2 Wireless, so check that out if you’re interested.

Now, what we like about both the Mixr and the Solo 2 is that they come with detachable cables. So, if you lose or damage your cable, you can replace it instead of having to purchase a whole new headphone.

This is a welcome feature, and the Mixr takes it a step further by placing ports on both earcups so that you can plug them into whichever one is more convenient. This, in turn, also unlocks the daisy-chaining perk.

The Mixr also comes with more cables and connectivity options than the Solo 2, but most of these aren’t relevant for the average consumer. Still, it’s a nice plus, and having a ¼ adapter around definitely can’t hurt.

All that being said, none of these points are as important as the sound. Now, these are both Beats headphones, so they naturally both have the bass-heavy sound signature, but how do they compare to each other?

First and foremost, it’s essential to mention that both of these headphones were made when the Beats headphones actually got good.

The original Solo headphones may still be one of the most popular headphones ever, but this popularity can be attributed to their marketing strategy more than anything else. Most notably, while they were bass-heavy, the bass on the original Solos was very boomy and muffled.

The Solo 2, however, has a clear bass that doesn’t need to trick you into thinking it’s good by being extremely loud. It has great detail, even at lower volumes. And while the bass is the dominant frequency, the treble is still great here.

As expected, the mids are definitely the leg day the Solo 2 skipped. They’re sacked to make room for the good treble and the great bass, plain and simple. It’s not like the mids are bad either, there’s even some clarity and detail in them, but there’s no denying they’re the weak link here.

So if you’re a fan of music where heavy emphasis is placed on the vocals, then you won’t be doing yourself any favors by opting for the Solo 2. Then again, the Mixr shouldn’t be your first choice for vocals, either.

So if this is the type of music you’re interested in, we highly suggest you forget about Beats entirely and try Audio-Technica headphones – for example, the excellent ATH-MSR7.

So how does the Beats Mixr hold up against what the Solo 2 has to offer? Honestly, it’s not all that different, but it is a bit more extreme.

The bass on the Mixr may very well be the punchiest bass you can get in a headphone at this price. This is unsurprising, seeing how the Mixr was made in collaboration with David Guetta.

It’s got power, but it doesn’t attain it at the expense of detail and richness. That said, there isn’t much else that you’re getting with the Mixr.

The treble is better on the Solo 2, and while the mids may not be worse in a vacuum (and there is clarity to them), they’re even more overshadowed by the immense bass, so chances are you may not even hear the clear vocals properly.

Overall, it’s quite apparent that the Mixr was designed by a DJ and for DJs, so unless you’re part of the ‘bass-head only’ club, we think the Solo 2 sound will appeal to you more.

Overall, both the Mixr and the Solo 2 are great at what they do, and what they do is very similar: offer a great bass-heavy sound in a portable package.

The Mixr has a more powerful bass and connectivity options, while the Solo 2 gives a more rounded listening experience, has better durability, and is slightly more comfortable.

However, the thing that’ll determine how cost-effective each of these headphones is will, of course, be the price.

At the time of their respective launches, the Mixr was more expensive, but it also offered more bang for your buck, with several cables and connectivity options and a more unique design, just to name a few things. The Solo 2, by comparison, felt a good $50 too expensive.

Still, both of these headphones are fairly old at this point and can be found at less than half the original price, so all that’s left for you to do is decide which one adheres to your preferences more strictly. 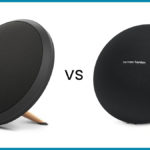