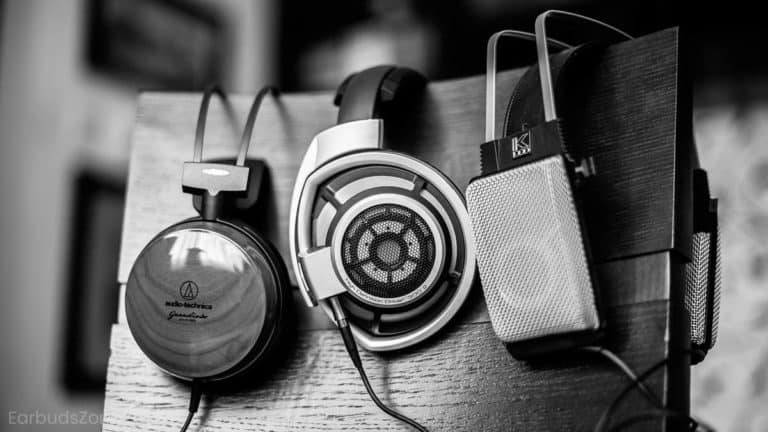 Impedance is a specification used to show the headphone’s resistance to the electrical current. In practical terms, impedance lets you know whether or not you’ll be able to pair your headphones with a battery-powered device like a smartphone.

Anything higher than 32 ohms and your headphones may sound very quiet when paired with a smartphone or an iPod.

Did you always want to know what headphone impedance is?

Every headphone review – here or elsewhere – usually begins with a specifications sheet.

This spec sheet generally contains some, if not all, of the following: manufacturer and model name, type, frequency response, sensitivity, headphone impedance, price, and so on.

The general consumer typically doesn’t have a full grasp of these specs.

This is nothing to feel ashamed about – it’s not like most of us know exactly what each spec on our smartphone or TV does, either. But it does give rise to the misconception that ‘more is better.’

It doesn’t take a brainiac to figure out that a frequency response spanning from 14Hz to 24kHz is objectively better than the standard 20Hz to 20kHz.

We look at this specification and take it to mean better sound, just like we take higher resolutions to mean a better picture, even though there’s more to it than that.

This type of guesswork is usually harmless, but that’s not the case with headphone impedance, which is actually one of the most misunderstood and ignored headphone specs of all time.

So, what is headphone impedance?

Headphone impedance is the device’s resistance to the electrical current measured in ohms.

Well, we can try.

Simply, the anatomy of a dynamic headphone driver (most headphones use dynamic drivers) is comprised of three parts:

The voice coil is a thin wire wound around the gap in the magnet. Once it receives a charge with an audio signal, it creates an electromagnetic field. This magnetizes the voice coil, which then reacts to the permanent magnet, causing vertical movement.

So, what does all of this have to do with headphone impedance?

Patience, precious! We’re getting there.

It all has to do with the voice coil. As we’ve said, the voice coil is wound around the gap in the magnet many times. But not all headphones use the same wire. This wire can be thicker or thinner.

If the wire is thinner, it can be wound around the driver more times. These wires can easily be thinner than human hair. This brings us to the crux of the matter: The thinner the wire used for the voice coil, the stronger the electromagnetic field and the higher the impedance.

We’ll leave it at that for now, although there’s still a lot more we could say about this matter. Unfortunately, impedance isn’t one of those specs that can be explained without graphs and equations.

So now that we understand what impedance is (well enough) let’s see why it matters in the first place.

Simplified even further, this means that low-impedance devices can be paired with battery-powered devices (iPads, smartphones, laptops, etc.), whereas high-impedance devices require an amplifier to be properly used.

For reference, the range of impedance in headphones spans from 8 ohms all the way up to 600 ohms.

Devices with an impedance score between 8 and 32 ohms are considered low-impedance devices, and you can comfortably use them with any battery-powered audio source.

Devices with impedance higher than 100 ohms are considered high-impedance devices. They require the use of an amplifier and are mostly used in studios.

As you can see, there is an undefined grey area spanning the gulf between 33 and 99 ohms. Some battery-powered audio sources may be suitable with certain headphones that fall in this category, but not all.

Headphones that belong in this grey area are sometimes also referred to as DJ Headphones, for reasons that you can probably guess.

In any case, this is why impedance matters.

You want to buy a pair of headphones with an impedance appropriate for your intended audio source.

If you were to buy high-impedance headphones and connect them to an iPad, you’d have to strain your ears pretty hard to hear anything, even at max volume, since the loss of loudness is one of the primary detriments of impedance mismatch.

The knee-jerk reaction to this situation is usually to go back to the store and complain about the headphones being busted right out of the box, but it could be that you just aren’t plugging them into the proper audio source.

If you were to pair low-impedance headphones with an amp, you could very well permanently damage the headphones if you also cranked the volume up. This is why the consumer should be aware of what impedance is and how to treat it when shopping for compatibility purposes.

But what about sound? Does impedance affect the audio quality in any way?

The Effect of Impedance on Sound

The short answer is: it does.

In fact, impedance affects audio quality in many ways – from the already mentioned loudness to enhanced soundstage and bass response, to name a few.

Even if we look back at the manufacturing process, we can guess that procuring thinner wire and winding more coils is bound to be more expensive. Why would manufacturers go through such hassle if not to make better-sounding (and consequently more expensive) headphones?

But the thing is, it’s the manufacturers who have to adapt to the market and not the other way around.

And what’s the state of the market right now?

Well, everyone is walking around with an audio source in their pocket.

The advent of smartphones has made it so that manufacturers have to favor compatibility with battery-powered, low-impedance devices since this is what the common consumer will naturally gravitate towards.

But it’s not as if smartphones are anything new. We’ve had them for a while now, and iPods before that. There are certified audiophiles out there who demand audiophile levels of sound quality from low-impedance headphones, and manufacturers are happy to charge them an arm and a leg for such a luxury.

So yes, the higher the impedance, the better the audio quality, by default – the sound is just clearer, the bass cleaner, the soundstage grander and more immersive, and the distortion way lower and with higher impedance.

However, if you’ve got enough cash, you can get a pair of headphones that will satiate your high standards, despite the low impedance.

High-impedance headphones are best left for professionals in the studio.

However, if you do, for whatever reason, have high-impedance headphones that you want to pair with something as simple as a laptop (120 ohms used to be the norm at one point, for some inexplicable reason that still baffles us), you can always use a DAC.

DAC stands for digital-to-analog converter, a nifty little system that can serve as an amplifier for your high-impedance headset.

Some are small and inconspicuous in the form of a USB stick with a 3.5mm jack on it, while others can weigh quite a bit and are used for headphones closer to 600 ohms than 100 ohms.

That’s basically all you need to know about headphone impedance.

In short, it’s a specification used to measure resistance, which effectively tells you whether you’ll be able to use a battery-powered audio source like a smartphone with headphones or if you’ll need an amplifier.

Finally, if you do end up with an issue of mismatched impedance, remember that a DAC can be used in some cases to fix this issue. 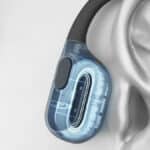