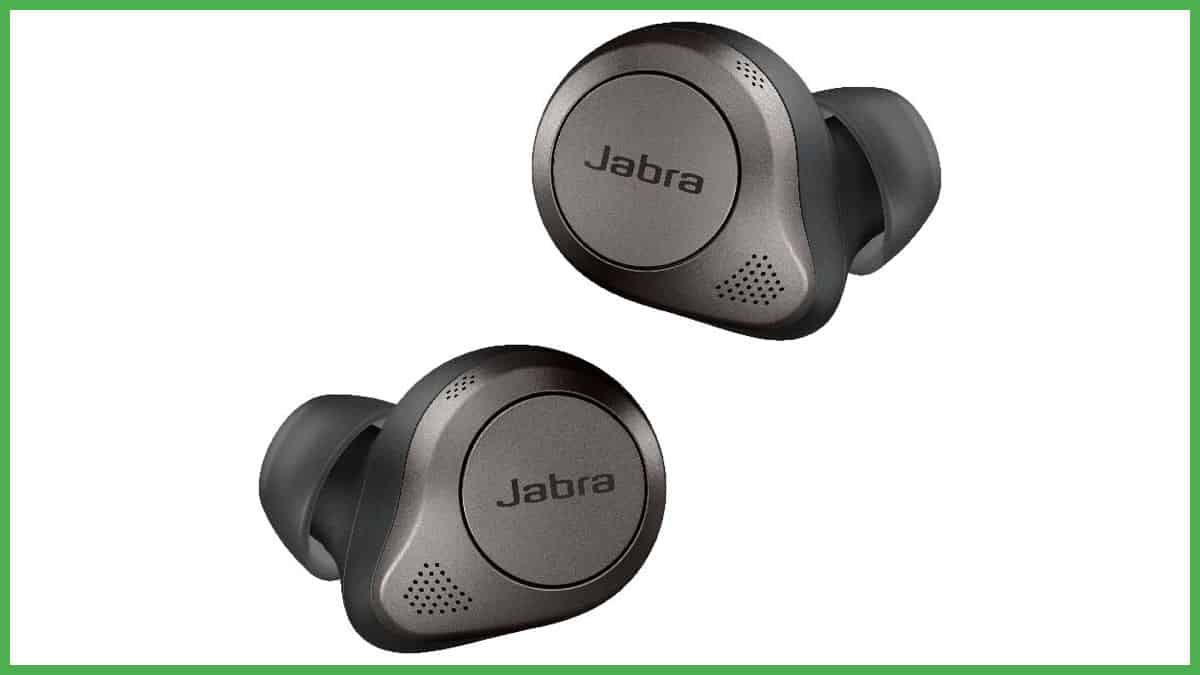 The Jabra Elite 85t hits all the right notes – it’s well-built, it’s comfortable, it sounds great, and it has a plethora of features, all of which are useful.

Best of all, the earbuds and the charging case combined can see you through 31 hours of playback. It can be inconvenient if you like to use only one earbud or if you plan on using the microphone a lot, but the positives far outweigh the negatives.

Overall, the 85t has all it needs to stand up to the best its price range has to offer.

The true wireless earbud market has a lot of big-name manufacturers like Apple, Samsung and Sony releasing plenty of excellent models for us to enjoy.

It’s no wonder then that their models, like the AirPods Pro and the Galaxy Buds Live, receive the most limelight and set the standard for what true wireless earbuds can and should be. But just because these models receive the most attention does not mean that they are unmatched in quality.

Take Jabra, for example. This company doesn’t have the name recognition or the marketing power comparable to the tech giants we’ve previously mentioned, but they have consistently released outstanding true wireless earbuds. And their second 2020 outing – the Jabra Elite 85t – is their best one yet.

The claims of it being an AirPods Pro killer may well be an exaggeration, but it’s no exaggeration to say that the 85t can stand shoulder to shoulder next to the best the market has to offer.

In terms of physical appearance, the Jabra Elite 85t does not differ too much from the 75t – it still has the roundish body, the single prominent button with the company logo on each earbud, and the microphone holes. And just like the Jabra Elite 75t, it is available in many colors. What’s different, though, is how close the oblong ear tips are to the rest of the earbud.

So, while it is technically still an IEM, the 85t doesn’t go as far into your ear as the 75t. No doubt this raises some stability concerns, but these concerns are entirely unwarranted as the 85t does not even wriggle when you move your head. It stays locked in place even through excessive head movement.

So, from that perspective, users should have no qualms about using these earbuds while exercising. To put your mind at ease, they even feature an IPX4 rating.

Related:IEM vs Earbuds – What Is The Difference?

The clicky buttons are extremely versatile – they can be used to answer or end calls, put them on hold, switch between Active Noise Cancellation (ANC) and Hear Through modes, control playback, skip tracks, raise or lower the volume, and to summon Siri or Google Assistant. All of this is accomplished with only two push-buttons in a way that isn’t convoluted and for that we have to give the folks at Jabra huge props.

Sure, having to push on the earbuds can be a bit uncomfortable, especially when controlling volume where you need to press and hold the left earbud to lower the volume or the right earbud to raise it. But on the flip side, there’s also no fear of accidentally issuing a command, as can often happen with touch commands.

In terms of comfort, the 85t holds up exceedingly well for a device that is both heavier than the AirPods Pro and only slightly enters the ear canal. All of this is, of course, predicated on you finding the right ear tips for your ears.

The ergonomic superiority of oblong tips compared to regular ones tends to be overexaggerated, but these earbuds can be worn for hours on end without any discomfort.

Both the left and right earbud come with no fewer than six microphones.

These microphones are used to many ends – from enabling the ANC and Hear Through modes to taking calls and issuing commands to virtual assistants. How they fare with regards to these extra features will be covered in the features portion of this review. Right now, we’ll focus solely on how good the microphones are for taking calls.

With six microphones being used, we were honestly expecting more. This isn’t to say that the microphone quality is bad for taking calls. It’s perfectly serviceable in a quiet environment. But the noise canceling, while okay, does not measure up to the standard set by Apple with their AirPods Pro. Furthermore, your voice sounds very quiet and almost timid when using the 85t to take calls.

Overall, the 85t is serviceable for taking calls, but only if you’re in a quiet area.

With ANC disabled, the combined battery life of the buds and the charging case is 31 hours. With the ANC enabled, this number goes down to 25 hours. The buds themselves can carry 7 hours of juice in them with the ANC disabled and 5.5 hours with this feature enabled.

The numbers here speak for themselves.

Yes, we’ve seen bigger numbers – like the Samsung Galaxy Buds Live’s combined battery life of 37 hours – but this is still head and shoulders above what most other models offer.

There’s also a fast-charging feature which will net you an hour of playback after just 15 minutes of charging. Charging is easy, with the charging case featuring a magnetic mechanism that makes sure the earbuds are always inserted properly. What’s more, you can charge the case wirelessly, if that’s something you’re interested in. Otherwise, the case relies on a USB-C connection.

The wealth of features offered by the Jabra Elite 85t is just stupendous. Some of these we’ve already mentioned, like the ANC and Hear Through modes. The ANC is powerful and the ambient mode is very natural sounding – which is supposedly where the six microphones come into their own.

What’s most impressive about these two features in particular is that they aren’t mutually exclusive! You can fine-tune the ANC and the Hear Through modes to your liking separately through the app.

Speaking of which, the Jabra Sound+ app is what all true wireless earbud apps should aspire to be – it’s intuitive, user-friendly, and still jam-packed full of features.

For example, the Auto-Pause feature use sensors on the earbuds to automatically pause the playback when they detect that you’ve removed the earbuds. The sensors are pretty accurate too, but if you don’t like this feature, you can just turn it off.

If you can’t find an earbud (or both), you can use the “Find my Jabra” feature to find it. This feature will show you the location where you last had the earbuds in the charging case and it can also make the earbuds emit a sound that will help you locate them.

The 85t supports simultaneous multiconnectivity, so you can keep the earbuds connected to both a smartphone and a laptop at the same time (or any other two devices). Switching between devices is seamless as well, although you do have to manually pause the playback on one device before you can switch over to the other.

The last non-sound related feature we want to highlight is the Moments feature. The app gives you access to three presets (My Moments, Commute and Focus) called Moments which you can customize with different levels of ANC and Hear Through. This way, you can have your buds ready for any situation or environment without having to go through the hassle of manually readjusting the settings every single time.

The Jabra Elite 85t comes with even more features, but these are the ones we wanted to highlight as the most important. It’s certainly not lacking in this regard. And we’ve yet to go through the features that directly influence the audio.

If we had to explain how the Jabra Elite 85t earbuds sound in one word, we would have to go with bass-heavy.

Overall, the sound is very warm. There’s good instrument separation there, and the sound stage is pretty expansive for a pair of earbuds. But if there’s one aspect of the sound that’s at the forefront of everything, it’s got to be the hard-hitting bass.

At least that’s how the earbuds are out of the box. One of the many features accessible through the app is the ability to customize the EQ. You can use this to make the 85t significantly less bass-heavy with just a bit of tinkering.

However, the most impressive feature has got to be the Spatial Audio. This brings immersion to the next level in a way that seems impossible for 12mm dynamic drivers to accomplish. The only caveat is that Spatial Audio is only supported on Apple TV, Disney+ and HBO Max. This feature alone will be enough to sell some people on the Jabra Elite 85t.

Lastly, we should mention that turning on the ANC mode does bring down the overall sound quality. The most noticeable change is in the bass, which gets significantly weaker with the ANC turned on. So for best audio quality, we advise enabling this feature only when it is necessary.

Overall, the 85t earbuds sound great. They’re competitive for the price, with EQ customization that many models cannot match. We can think of no one who would find the sound disappointing, however it is at its best when used for bass-heavy music.

With a sturdy and comfortable build, a vast array of features, batteries to last for days, and a great sound that can be tweaked to bring out the best in many genres of music, the Jabra Elite 85t should be a top contender for anyone looking to drop more than $200 on a pair of true wireless earbuds.

Is it the AirPods Pro killer that everyone’s been waiting for?

Its ANC is weaker, its microphones are slightly worse for taking calls, and its sound quality, while great, is not so amazing it would turn the AirPods Pro obsolete. But it also does several things better than the AirPods: it’s got a longer battery life, the ability to fine-tune the ANC and Hear Through modes separately, the ability to seamlessly switch between Apple and non-Apple devices, etc.

It’s a strong device that can proudly stand up to the giants it shares a price range with, and that’s all anyone can ask of it. 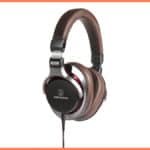