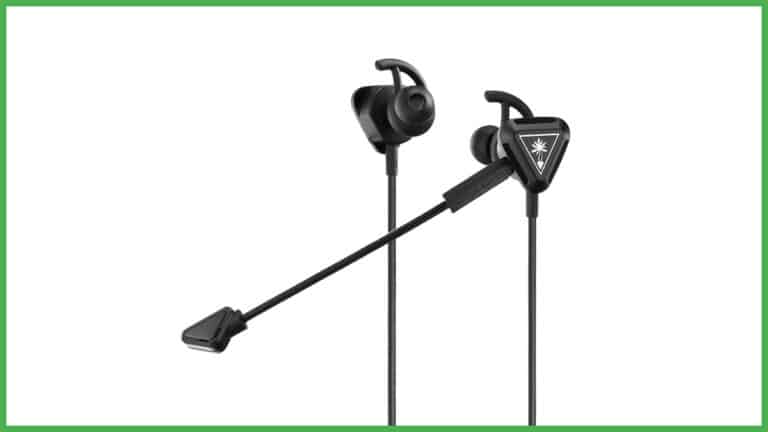 The Turtle Beach Battle Buds are a one-of-a-kind pair of gaming earbuds that come with a detachable boom microphone. The microphone far outperforms other $30 earbuds mics, unless you an Xbox Live user (then it’s useless!). The audio quality is tuned specifically for competitive online gaming, firmly cementing the Battle Buds’ identity as gaming earbuds to the exclusion of everything else.

Although they aren’t as ubiquitous as gaming headsets, gaming earbuds aren’t exactly a novelty. Razor, HyperX, CoolerMaster, Sennheiser, and Sony – these are just some of the manufacturers that have dabbled in making gaming earbuds.

But what separates gaming earbuds from regular earbuds isn’t the feature that we all crave, which is the microphone quality. Instead, they boast features like low-latency modes and several gaming-friendly presets, and you can swap between.

Now, we’re not saying that these features aren’t cool, but they just aren’t enough to compensate for the difference in mic quality between headsets and earbuds.

Despite the best efforts on the part of the manufacturers, the microphones on most gaming earbuds simply aren’t impressive in the least.

But Turtle Beach is looking to add some much-needed innovation to gaming earbuds with their Battle Buds, which feature a detachable boom microphone!

Just a glance at the Battle Buds revealed everything we’ve been missing in gaming earbuds so far. But great ideas don’t always find a home in equally great products. And seeing as the Battle Buds retail for just $30, chances are these earbuds aren’t going to be a game-changer.

Nevertheless, let’s look at what’s under the hood and what you can expect from this breathtakingly innovative product.

The first thing to note is that the Turtle Beach Battle Buds are a bit bulkier than your typical wired earbuds.

They look a bit more like true wireless earbuds with prominent housings on each bud. In true wireless models, these are used to accommodate batteries, but here they just hold the drivers and the jack for the detachable microphone.

Because there are no batteries involved, the Battle Buds aren’t as heavy as they look.

They also use ear wings to prevent the buds from slipping out of your ear. Once you find the right ear tips and ear wings for your ear (and there are three pairs to choose from), the Battle Buds stay securely in place.

They won’t slip out regardless of how much you shake your head, but they will feel like they’re hanging out a bit, which can be unsettling at first.

The Battle Buds are available in two color variants – black and silver (where only the logo is in silver) and white and teal (where the logo, ear wings, and cable are all teal). We’d go so far as to describe the black and silver variant as minimalist and inconspicuous, except that the large housings inevitably attract attention to themselves when they’re being worn.

Their unusual design is mitigated somewhat by the fact that Apple has already got us used to weird-looking earbuds with models like the AirPods Pro. Nevertheless, the Battle Buds do attract attention, even though the all-black variant is otherwise rather minimalist.

Of course, once you plug in the detachable microphone, you can throw the inconspicuousness factor out the window, but this is likely why you’re even reading this review in the first place, so it shouldn’t present a problem.

In terms of comfort, the Battle Buds are like your typical earbuds, or in-ear monitors, to be precise (click here to learn the difference between IEMs and earbuds). If you’re not a fan of IEMs, then the Battle Buds aren’t for you.

On the other hand, if you prefer using IEMs over headphones, then no headset in the $30 range can even come close to the Battle Buds.

The Battle Buds rely on the tried and true wired connection, standard stuff for a $30 pair of earbuds. The cord isn’t braided either, which may be a cause for concern as the part where the cord meets the buds doesn’t seem particularly sturdy.

Nevertheless, the cord is worth discussing as it comes with rather comprehensive in-line controls, given the price of these buds.

The front of the remote features a volume slider for handy and convenient on-the-fly volume adjustment. We wish more in-line controls would come with a slider instead of buttons, as this is far easier to use in the middle of gameplay. Below the volume slider, there is a mute mic button.

The back of the remote houses a multi-function button that can be used to take calls, pause and play music, and skip tracks when double-clicked. This side of the remote also holds the second microphone.

The in-line microphone is an okay feature to have when you need to take an unexpected call, but that’s the only positive aspect it has! It should never be used for voice chats during gaming sessions.

Speaking of gaming, the cool thing about the Battle Budsis that they are compatible with all gaming platforms you can think of – from PC, PS4, Xbox One, and the Nintendo Switch to mobile. The focus here is placed primarily on Switch and mobile gaming, but if you prefer earbuds to headsets, nothing is stopping you from using the Battle Buds with any of these platforms.

The only downside is that the Battle Buds don’t come with a splitter cable, so you may need to invest in one before you can properly use them for PC gaming.

The main attraction of the Battle Buds is the detachable boom microphone. As we’ve said, no other microphone found on earbuds, especially close to the $30 price range, can come close to it.

But this isn’t to say it’s perfect; we don’t want to oversell it. It fares about as well as any microphone found on a $30 headset (or maybe even worse).

There’s enough warmth and clarity to get the job done while gaming away in most voice chats. We say most because the microphone quality will largely depend on what platform you use for voice chatting.

With Discord – or really any other platform that does some post-processing for echo cancellation – it works great! But Xbox Live lacks this feature. Consequently, using the Battle Buds with Xbox Live results in a downright miserable experience for your friends and teammates that will more likely than not get you muted.

The problem lies in the fact that the microphone is so sensitive it picks up the sound from the drivers. Again, most platforms like Discord and Skype eliminate this issue entirely! But gamers who rely on Xbox Live should avoid the Battle Buds like the plague.

Not that we expected them to.

Still, most gamers on a budget will love how the Battle Buds sound, as their 10mm drivers are tuned specifically for gaming. This means that certain frequencies crucial for tactical and spatial awareness are brought to the forefront. The Battle Buds will allow you to pinpoint where certain footsteps, gun reloading sounds, etc. come from with decent accuracy.

However, this also means that some frequencies, like the mids (and particularly the vocals), are somewhat receded. Due to this, listening to music on the Battle Buds is not something we advise. What’s more, non-competitive games suffer from this a bit as well.

You can still enjoy playing these games on the Battle Buds just fine (unlike regular music listening), but they won’t enhance the gameplay experience in any way.

If you’re into the idea of gaming with earbuds that feature a (detachable) boom microphone, there is quite literally nothing like the Battle Buds. That alone will make them worth purchasing for many people.

Just remember that you should suppress this impulse if you use Xbox Live, as that platform and the Battle Buds simply rub each other the wrong way.

The Battle Buds also try their best to enhance the gaming experience and offer a tactical advantage in competitive online games. They succeed, for the most part, but unfortunately, this makes them next to useless for regular music listening.

Is this a problem?

No. We’d rather have $30 earbuds that excel at one thing than ones that are mediocre at everything. But we still feel compelled to point out that the Battle Buds aren’t worthwhile if you don’t plan on using them primarily for gaming.

All in all, the Turtle Beach Battle Buds are a great pick-up for gamers on a budget.

We hope they will go down in history as a trendsetter that paved the way for a new era of gaming earbuds, as the idea of high-end gaming earbuds with a detachable microphone sounds too good to be true. 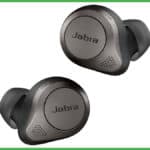