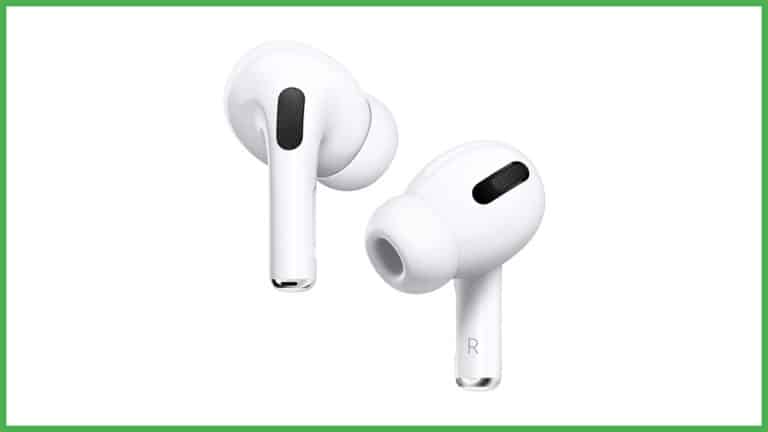 The folks at Apple truly outdid themselves with the Airpods Pro by not only fixing everything that was wrong with the Airpods 2 but also adding an unprecedented number of exciting new features like active noise cancellation, automatic equalization, and even an ear tip test just to name a few.

So the new Airpods are out, and the question on everyone’s mind is: Are these Apple Airpods Pro better than the previous iteration?

It’s a given that you want to have this sense of iterative progression in any product. Otherwise, why make the upgrade when the new one comes out? But the thing about the Airpods 2 is that they were, by all accounts, just not that good.

They looked ridiculous, they jumped at every opportunity to fall out of your ear (which they could do with impunity due to the poor fit), and they sounded okay at best.

However, these new Airpods Pro promise to be everything fans wanted them to be and more! So let’s take a look and see if they can make good on these expectations.

The first thing you’ll notice about the Airpods Pro is that they look a bit better. They still have the weird design with the protruding stem, but thankfully, the stem is shorter this time around and offers some cool new functionalities, courtesy of its squeeze input. It’s a shame that these earbuds are only available in white, but this should be a negligible oversight if everything else pans out great.

More importantly, Apple has taken significant measures to ensure that the Airpods Pro allow for a snug fit this time around. The revolutionary inclusion of the three differently sized silicone tips accomplishes this magnificently (who would have guessed!). In true Apple fashion, however, they developed their own style of ear tips that don’t feature a nozzle but just click into place.

This is a very convenient addition. While it does force you to buy ear tip replacements exclusively from Apple, these replacements are fairly economical, so this shouldn’t be a problem.

These earbuds can only accomplish what they were made to achieve if the fit is perfect, so it’s great to see Apple taking extra steps to ensure that all users can get the best experience. Nothing proves this better than the ear tip test that tells you whether you have a perfect seal or not once you insert the earbuds into your ears and establish the Bluetooth connection.

Overall, the fit is so good that you should have no trouble taking these to the gym for a workout or when you go jogging. They even have the IPX 4 certification, which means they’re sweat-proof, so you don’t have to worry about damaging them while exercising.

This, however, infringes on the features portion of this review, so let’s transition and take a look at what other goodies the Airpods Pro has in store for us.

As you’d expect from an Apple product, these earbuds are packed chock-full of features.

The most impressive feature by far has got to be the active noise cancellation, which works wonders in conjunction with the proper fit that these earbuds offer. Don’t expect it to block out the rumbling lows of nearby trains, but when it comes to combating most everyday ambient noises like street traffic and the general hubbub in public transportation, they’re quite effective.

Of course, sometimes you don’t want to block out the outside world. Sometimes you need to keep one ear attentive and ready to pounce, like if you’re waiting for a doorbell to ring or even if you just want to join in on a conversation. In these cases, you don’t have to take one of the earbuds out or even pause your music, thanks to the new Transparency mode.

This feature activates the microphone on the earbuds to record what’s going on around you and then plays this recording. It’s a very practical feature overall, and it sounds completely natural.

Speaking of the microphone, you’ll soon find yourself taking calls with the Airpods Pro more frequently than not. Of course, this also means that these earbuds are fully ‘Hey, Siri’ compatible, which is convenient since now you don’t have to take your iPhone out of your pocket to control playback or take calls.

Needless to say, Android users won’t have access to all of these features. Even pairing will be much more hassle since instead of using the new H1 chip to connect automatically to your iPhone and all the devices in your Apple ecosystem, you’ll have to pair the phone and the buds manually. Still, Android users at least get access to two vital features – Active Noise Cancellation and Transparency Mode.

However, you should remember to temper your expectations about battery life before you purchase them. Apple advertises the Airpods Pro as having around four and a half hours of juice in them at moderate volume playback with the active noise cancellation on. If this sounds too short, then maybe you’re better off sticking with regular wireless earbuds since, believe it or not, this is a bit above the norm as far as battery life for true wireless earbuds go!

The situation isn’t bad, however, as you can get a full day of playback out of these with the wireless charging case. Just five minutes of charging should make the Airpods good to go for another hour of listening, which helps out a lot.

Speaking of the wireless charging case, we’re once again impressed by what Apple has to offer here. Sure, the dimensions of the thing are a bit off, which makes them a weird fit in your hand. But the earbuds themselves slide into their protrusions magnetically, so you don’t ever have to worry about whether you’ve stored them correctly or not.

Of course, it wouldn’t be Apple if they didn’t go ahead and sprinkle the case with some proprietary technology. The case uses a lightning connector, which is a hassle if you don’t have any spare lightning cables lying around since you’ll always have to lug the one you have around.

Last but certainly not least, we have to look at how this device sounds. All the cool characteristics will be for nothing if the audio quality isn’t up to snuff.

Thankfully, this isn’t the case. To preface this section, we first have to say that the Airpods Pro sounds way better than the Airpods 2. This is largely due to how they completely seal off the ear canal. The Airpods 2 weren’t horrible in a vacuum, but since their sound quality always had to compete for your attention with the ambient noise, they left a bad taste in many users’ mouths.

However, the Airpods Pro gives you all the tools necessary to make sure you receive a perfect seal. This alone makes the sound way better, but it doesn’t stop there.

The Airpods Pro has one additional feature that we haven’t mentioned thus far that helps with the overall sound quality: the Automatic Equalization. Just as the name suggests, this feature automatically adjusts the sound equalization to conform to your ear specifically.

At first, this may sound like an unwanted feature that messes with the sound of music as intended by the artist for you to hear, but that’s not it. Much like our fingerprints are all unique, people don’t share the same ear canal contours, and these contours can and do change the way you hear music in very subtle ways.

This feature makes subtle changes to the equalization with the end result of songs sounding more similar when different people listen to them than they otherwise would since the differences in our ear anatomy no longer get to dictate how the sound gets warped. Once again, these are very subtle changes, but it’s still a fantastic feature.

As for the sound itself, we were very impressed by the Airpods Pro. They can’t compete with Beats in terms of bass, but the low end still feels distinct and clear. It’s got a fair bit of punch to it, even if the drivers simply can’t deliver all the intricacies in the sub-bass frequency range. The mids, however, are very natural, which makes vocals a joy to listen to.

The highs, unfortunately, don’t follow this natural frequency response since there is a bit of forced emphasis. Thankfully, this doesn’t come out as harsh-sounding.

We’re glad to see Apple finally addressing many of the issues fans had with the previous iteration of the Airpods, and to such a degree as well!

The Apple Airpods Pro didn’t just get a facelift; they also sound better, fit better, and have a much more impressive breadth of features. It should be no surprise that they also got a price increase, but even at $250, we wouldn’t feel right calling them overpriced. This is a premium price, but it’s attached to a truly premium product this time.

The bottom line is, if you’re an Apple user and want the best true wireless earbuds made by Apple to connect to the newest iPhone, there’s simply no better choice than the Airpods Pro. They’re the only Airpods worth having.

But if you’re an Android user or you’re just okay with earbuds made by other companies, give the Sony WH-1000XM3 a look as well. In our opinion, it offers a similar array of features but an overall better sound. 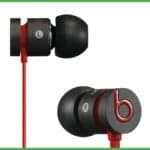