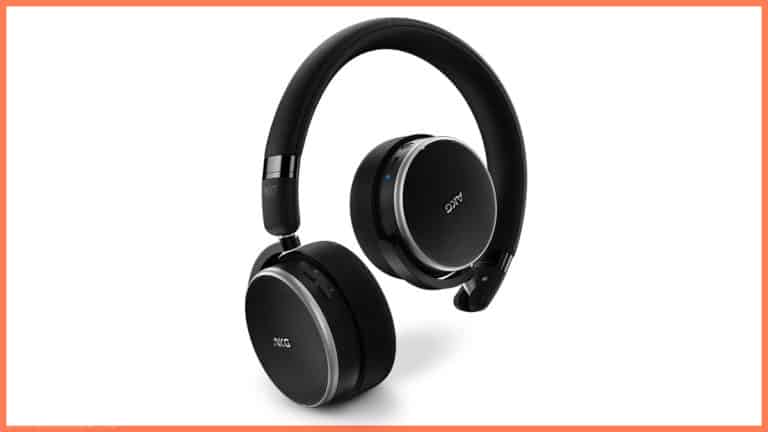 The AKG N60NC lives and dies by its active noise canceling feature. If you need it, you won’t find better ANC for the price that this device goes for nowadays.

However, if ANC isn’t high on your list of priorities, you might not want to endure the on-ear design and audio that’s underwhelming for music.

Samsung is known for bundling its flagship smartphones with some sort of premium audio device. Typically, these were earbuds that, while good, didn’t exactly get people excited.

But with the Samsung Galaxy Note 9, users were treated to the AKG N60 – a pair of active noise-canceling on-ear headphones that swaggered around with an MSRP of $300!

Of course, since the market was flooded with these free units, you could easily purchase them for $100 or less, which brought their value into question and, by extension, their quality.

We’ll be upfront about this: the AKG N60 is a phenomenal pair of headphones, but only for a certain type of user with specific needs. For others, it’s only okay.

So let’s take a look at where these headphones excel and where they’re simply mediocre.

The AKG N60 is a diminutive and minimalist pair of on-ear headphones. That said, their design is still aesthetically pleasing, especially the chrome ring that goes around the ear cups.

Not everyone is looking to make a fashion statement while listening to music, so this aspect of the headphones will be appreciated by those looking to blend in.

This is especially important with the N60 because these headphones take portability to the next level. They accomplish this thanks to a super lightweight build, lengthy battery life, and two folding options.

Headphones need to be comfortable if they are to be worn for hours on end, and while weight isn’t the only contributing factor to the comfort of a headphone, its role in the overall equation should not be understated.

However, the main reason the N60 manages to weigh only 200 grams is that it’s made almost exclusively from plastic.

Granted, the folks at AKG made sure to use quality plastic here, so this shouldn’t be an issue unless you tend to drop your headphones often. And given that you can fold the earcups sideways or in, depending on your preference, you really shouldn’t be lacking in ways to safely transport or carry around the N60.

It’s just a shame that it doesn’t come with a hard carrying case, as the soft bag doesn’t seem particularly useful or protective.

Between the two earcups, you’ve got a 2.5mm and a 3.5mm audio jack, a Micro-USB charging port, volume buttons, a noise cancelation switch, a Bluetooth button, and a track skip switch that can be pressed to pause music, take phone calls, and so on.

There’s also a microphone, but the only thing we feel obliged to mention about the microphone is that it just is not worth using at all.

With the importance we’ve placed on weight being a contributing factor to overall comfort, you’d think the AKG N60 is bound to be comfortable. Unfortunately, this isn’t exactly the case.

Sure, it helps, but it alone cannot make up for the on-ear design and padding, or lack thereof.

On-ear headphones, which sit precisely on the ear and not around them, are notorious for being less comfortable to wear than their over-ear cousins. Additionally, the padding on the headband is quite scarce.

This won’t be a problem immediately upon putting the headphones on, but after a while, you’ll start to feel mounting pressure on top of your head.

The padding on the earcups is generously served, though, which is a big plus. And the leather material that covers the headband and ear cushions does feel soft and comfy.

Overall, we can say that the N60 is comfortable. You should be able to wear it for two to three hours without any issues.

But for a pair of headphones that prides itself on its battery life, portability, and other features that make it a standout choice for intercontinental flights, this just feels somewhat underwhelming.

The AKG N60 boasts an impressive 15 hours of battery life with the ANC turned on!

Without the ANC, you’re looking at approximately 30 hours of battery life, which is impressive.

The headphones do take a long time to charge, thanks to the unfortunate reliance on a Micro-USB connection for charging, but once charged, they can see you through several days or even a week of use without the need to recharge them again (unless you forget to turn the Bluetooth and ANC off manually!).

An active noise-canceling feature and long battery life should already set the N60 up for success for use in airplanes, but in case that wasn’t enough to get the message across, you also get an airplane adapter bundled together with the headphones.

The headphones feature an LED indicator light that tells you how charged or depleted the battery is. You can also check the battery status on some smartphones, like the Samsung Galaxy Note 9, directly in the Bluetooth settings, but if you don’t own a smartphone with this feature, you can always rely on the LED light.

In terms of features, the AKG N60 keeps things simple.

Instead of offering a wealth of features, it doubles down on a select few, most notably the ANC.

Many headphones with active noise cancellation don’t really cancel out all noise around you but instead only filter out the lows.

This is arguably the most important frequency to keep in check, as it registers the sound of traffic, but more often than not, you’re left with headphones that can’t do anything to cancel out the surrounding chatter in, say, a crowded office.

The N60 goes above and beyond in this regard. It doesn’t just filter out the lows. It makes all outside noises significantly quieter. It can be quite unnerving when you put the N60 on for the first time, only to realize that you cannot hear yourself speak at all.

But if you do a lot of traveling, especially by train or plane, then you need headphones that can cancel out both the sounds of the airplane/train and the surrounding people.

All in all, the N60 is a pair of active noise-canceling headphones that you will get a lot of mileage from, quite literally.

Other than that, they use Bluetooth 4.0, which is a bit outdated, but it gets the job done. And support for AAC, SBC, and aptX codecs ensures you can get the most out of any type of media from these headphones.

The audio engineering of AKG is legendary, which is exactly why we want to start this segment off by asking you to temper your expectations.

Well, it’s not really bad. It’s just different from what most users expect.

The mids are the best sounding frequency by far. This doesn’t make the bass – which is admittedly deep – or the highs – which are crisp – sound bad, per se, just underwhelming. Overall, this makes the N60 good for all kinds of music genres, but it doesn’t make them excel at any specific genre.

And this was likely the intention, as the focus here doesn’t seem to have been music in the first place but multimedia content. You’ll have a great time using these headphones for listening to YouTube videos, podcasts, or even movies and TV shows.

What’s rather impressive, however, is how the distortion caused by ANC is minimal. This is great, as it encourages you to use the ANC even when you’re not in a super noisy or hyper-crowded environment.

Why is this a good thing?

With the degree of noise cancellation and phenomenal clarity offered by the N60, you won’t ever find yourself needing to turn the volume up to unsafe levels.

As it so happens, we generally turn the volume up not because we crave louder music but because we either want to drown out ambient noises or we want to hear the details in the music that inferior drivers just cannot “enunciate” at lower volumes.

The N60 doesn’t suffer from either of these issues.

To sum it all up, the AKG N60 is a pair of headphones that certainly does have a lot going for it.

However, the things it has going for it aren’t what the average consumer is after.

If you’re primarily interested in listening to music, you should have no issues finding a different pair of headphones that is both more comfortable and sounds better; maybe it’ll even cost less.

That said, we can’t think of any device that is as well suited for traveling, especially for long flights.

The N60 is competent regardless of what media you use it for, be it music, podcasts, videos, or games. Portability is a non-issue thanks to its lightweight nature and foldability. And as for as active noise canceling is concerned, the N60 goes above and beyond.

The only thing we should mention is that it’s definitely not worth the inflated MSRP of $300, but then again, you could find it for way less since a plethora of units were bundled for free with the Galaxy Note 9. 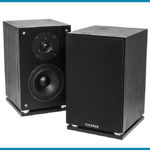