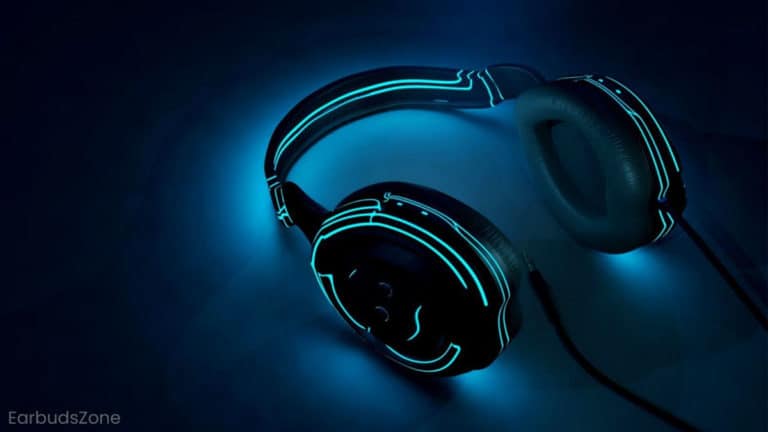 There are several types of headphone drivers, each with its own strengths and weaknesses. Some handle certain frequencies better, some combat distortion better, some offer a greater degree of portability, and so on.

But it’s best to get acquainted with all their pros and cons before settling on one type, which can’t be summed up in a sentence.

If asked to name the parts of a headphone driver, most people would answer in one of two ways: “No idea,” or “Magnet, voice coil, diaphragm.”

The second answer is technically correct, but it only describes one type of headphone driver – the dynamic driver. Contrary to popular belief, this isn’t the only type of driver found in headphones. It may be the most common type, but it’s certainly not the only one out there.

The four most popular types of headphone drivers, in no particular order, are:

Each comes with its own set of pros and cons, which you should be aware of if you’re looking to buy a pair of headphones so that you find ones that are best suited to your preferences.

In this guide, we’ll explain how each of the four headphone drivers works and elaborate on their strengths and weaknesses.

Dynamic drivers (or moving coil drivers) are by far the most common type on the market.

In terms of their anatomy, dynamic headphone drivers are quite similar to the drivers found in most speakers. They are comprised of the three parts we’ve mentioned earlier:

The way these drivers work is rather simple. The voice coil – typically a threaded copper wire – is fixed inside a permanent magnet. It is also connected to the diaphragm, which is a thin sheet of plastic. In traditional speaker drivers, a cone is used instead of a diaphragm, but they serve the same function. Here plastic is used to reduce the weight of the headphones.

When the voice coil receives an electrical charge, it turns into an electromagnet. The voice coil and the permanent magnet then attract and repel each other, causing the voice coil to vibrate. Since the voice coil is attached to the diaphragm, it also moves up and down, thereby vibrating air and creating sound waves.

There’s more to it than that, but this is the basic principle behind a dynamic headphone driver.

The reason dynamic drivers are so popular is that they are relatively inexpensive to manufacture. Furthermore, they are fully capable of covering a large frequency range. And if engineered properly, they can even be suitable for audiophile-grade headphones.

Because the diaphragm in dynamic drivers has more room to move than the analogous parts of other headphone driver types, it can produce the most powerful bass. This isn’t necessarily the cleanest or most detailed bass, as dynamic drivers typically start to roll off as they approach the 20Hz lows, but it’s still the punchiest bass.

Depending on what kind of music you’re into, this can be a pro or a con.

Planar magnetic drivers (or orthodynamic drivers) are generally regarded as a step up from dynamic drivers in terms of sound quality, although this doesn’t have to be the case.

It mostly boils down to the fact that planar magnetic drivers are more expensive to manufacture, so even the cheaper models that use them have great sound quality.

They only have two main parts:

When you boil it down to the basics, all headphone drivers produce sound waves by jiggling around the diaphragm, but how they go about doing that is different. The main difference here stems from the fact that planar magnetic drivers don’t have a voice coil.

Instead, the diaphragm itself is vertically suspended between permanent magnets. There’s a conductor attached to the diaphragm that runs parallel to the magnets. This conductor turns into an electromagnet when it receives a charge. The magnets then repel and attract the whole of the diaphragm directly, which vibrates the air and produces sound waves.

Because the diaphragm is directly affected by the magnet, there is a need for multiple magnets to be used on either side of it to ensure the diaphragm doesn’t bend as it is tossed back and forth. This holds three implications:

None of these points work in favor of portability, especially the higher impedance, which often demands the use of an amplifier to run on portable devices.

Furthermore, since the diaphragm is surrounded by magnets, the sound waves can only escape through the perforations in the magnets. These exist on both sides, meaning that headphones equipped with planar magnetic drivers expel the same audio in both directions – toward your ear and away from it.

This is why planar magnetic headphones typically feature an open-back design, which does amazing things for the soundstage but eliminates any notion of sound isolation.

On a more positive note, these headphones don’t suffer from high-volume distortion, and they typically have a much tighter frequency response. The bass isn’t as punchy as with dynamic drivers simply because the diaphragm doesn’t have as much space to move, but it is more precise.

Their biggest strength, however, is magnificent sound separation and superb mids.

Electrostatic drivers are easily the most expensive drivers to manufacture, but they arguably offer the best sound quality. They are in some ways similar to planar magnetic drivers, but there’s one key difference:

Instead, they rely solely on static electricity to create sound using these three parts:

The electrostatic driver is made up of a diaphragm so thin it’s transparent, which is suspended between two thin perforated conductive metal plates. The diaphragm carries a constant positive charge. The two metal plates (or stators) carry an equal negative charge, keeping the diaphragm squarely in the middle of the space between them.

The stators receive the electrical audio signal, which causes one plate to carry a positive charge and the other to carry a negative charge. This diaphragm is always trying to move towards the negative plate and away from the positive plate.

However, since the two plates are constantly playing keep-away with the negative charge, the diaphragm is left vibrating in the space between them, which, as we know, causes the air to move and produce sound waves.

As for the insulators, they are just there to make sure the diaphragm and the plates are insulated from each other.

The biggest downside of electrostatic drivers is that they are extremely expensive to manufacture, which is why there are only high-end electrostatic headphones.

They also feature impedance that far exceeds the regular 8 – 600 Ohm range of all other headphones. That’s why these headphones often come with amplifiers specifically made to boost the voltage of the audio signal to the required levels.

So once again, we’re left with a design that hinders portability. This point is underpinned even more so, thanks to the exceedingly thin nature of the drivers.

Like the planar magnetic drivers, electrostatic drivers also project sound in both directions – towards the ear and away from it. They have an unmatched soundstage, reproduce the best highs, feature an overall tight frequency response, can feature the widest frequency range, and suffer from next to no distortion thanks to their incredible transient response.

Their bass is a bit weak, though, simply because the diaphragm does not have a lot of wiggle room between the two plates. The bass is controlled and precise, but it lacks power. Electrostatic speakers typically have a dynamic woofer that takes care of the bass, but headphone drivers cannot accommodate this hybrid design.

Balanced armature drivers are famous for their power efficiency and diminutive build. These drivers are used in earbuds (or IEMs, to be precise). They are comprised of three parts:

In essence, balanced armature drivers function similarly to dynamic drivers, with just a few changes to accommodate their smaller nature.

As the armature moves, the diaphragm connected to it moves as well, producing sound waves.

Everything about these drivers is made to facilitate portability, from their small frame to their power efficiency. This is why they’re mostly used in earbuds. However, it’s important to note that dynamic drivers are also used in earbuds – balanced armature drivers are just an alternative with their own advantages and disadvantages.

Speaking of which, balanced armature drivers are more expensive to make than dynamic drivers. Interestingly enough, they do not displace air. Thanks to this, they don’t require a vent to expel air, which results in superior noise isolation.

However, because of the diminutive nature of these drivers, they can only cover a more narrow frequency range well. This is why some earbuds feature several balanced armature drivers in each earpiece, each responsible for a different chunk of the frequency range.

Some have separate drivers for lows, mids, and highs, and there are even models that feature more than three drivers per ear.

But the bass here is often weak, even with multiple drivers covering it. This is why balanced armature drivers are sometimes joined with dynamic drivers, all packed into a single earbud to bring the best sound feasible across all frequency ranges.

How Do You Choose the Best Driver Type?

It should be clear by this point that there is no single best driver type. More importantly, not every driver of a given type offers identical quality to another.

This is best seen through dynamic drivers. They are often seen as the worst type, simply because they aren’t expensive to make, so they’re used in some bad models. But they can also be made to offer audiophile-grade levels of sound quality. It all depends on the manufacturer and the engineering team.

So if we were to compare these driver types, it should be using drivers of similar prices.

All three of these driver types are perfectly capable of covering the entire spectrum of human hearing!

So, to narrow your selection, you should start by figuring out what characteristics of sound you’re looking for.

Want a powerful bass that can make your body move to keep up with the thumping rhythm? Dynamic drivers are the best for this. It doesn’t matter how technically superior other drivers are. They simply have a weak bass.

Want to enjoy a more complex sound like jazz or opera, where you can focus on each individual instrument? Planar magnetic and electrostatic are both great options.

But wait! What if you need sound isolation? This is where you’ll want a closed-back construction, which is rare to find in planar magnetic and electrostatic headphones.

Questions like these will help you figure out which driver type is best suited to your needs. This guide, where we break down the different types of headphone designs, may help kickstart this process.

In conclusion, you shouldn’t try to rank headphone drivers with properties like inferior and superior in mind. They all excel at different things. This is why knowing the difference between them can help guide your decision in the right direction. 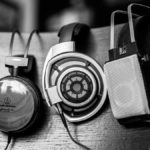