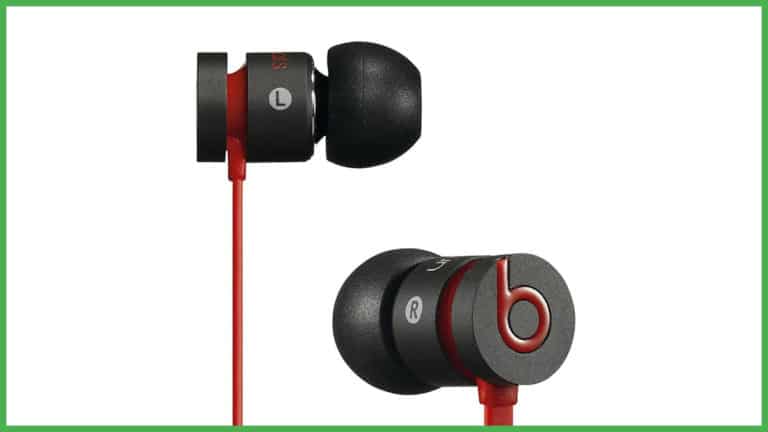 The Beats name carried urBeats into enviable fame, but in retrospect, their iffy durability and less than optimal sound quality should make them an easy pass.

Today we’ll be reviewing the urBeats earbuds by Beats, the wildly successful manufacturer’s first foray into the affordable price range.

When these first came out, everyone and their mothers were using them, but it’s been over half a decade since then, so let’s see how they stack up without the hype.

Most headphones, headsets, and earbuds come with a caveat. Unless you’re spending top dollar for them, you usually have to sacrifice something, be it comfort, style, portability, durability, etc.

But what happens when the audio quality is the caveat?

If you’re a fan of the Beats’ general design, then you’ll be happy with how the original urBeats look, as they don’t really make any deviations.

The design is rather simple and sleek, and there are enough color combinations to make everyone happy. The colors blend together quite nicely, and aside from the lowercase ‘b’, there really isn’t much to them, which isn’t a bad thing by any means.

The earbuds themselves aren’t plastic but metal, which helps establish a premium feel and helps with durability as well. But durability still remains an issue.

When they first came out, many people were willing to give urBeats the benefit of the doubt, accepting the company’s promise of durability without much substance to support these claims.

But more than half a decade has passed now; the people have spoken, and their song is quite different from the one that professional reviewers and lab tests sing.

According to user feedback, the original urBeats are a hit-or-miss purchase. This means that if you like everything else, you’ll enjoy them so long as they don’t randomly stop working, which they do a lot, apparently.

Luckily, they now cost not even half of their original $100 on most reseller sites like Amazon, so getting them is no longer as big a gamble. Regardless, unless their sound is pretty much custom-made to your preferences, this seems like a high-risk-low-reward kind of gamble.

The UrBeats also come with a carrying pouch that fits neatly into your pocket so you can take these with you everywhere, although the pouch doesn’t protect it from water or fall damage.

Credit where credit is due, though, the isolation is quite good. It’s not the best we’ve ever seen, and if these were still $100 headphones, we’d call it decent at best.

However, the leakage is phenomenal in either case, so if you’ve got the volume up moderately loudly, you’ll be able to block out most ambient noises just by listening to your music.

This doesn’t go for particularly noisy commutes, but it’s not like most other earbuds would fare much better in this situation anyway, so it’s not really a fault of the product.

As for comfort, you have your standard earbud situation here. If you find earbuds uncomfortable in general, then the UrBeats won’t change this.

However, if you’re okay with how earbuds feel, which you should be if you’re considering buying these, you’ll be happy to know that they come with a total of four pairs of black silicone ear tips of varying sizes to accommodate most people’s needs.

There’s always a chance that you won’t find the perfect ear tips, but again, this is a problem that all earbuds share, so we can’t really look at this as a con. Especially not when there are much more expensive earbuds that haven’t come up with a better solution to this problem.

While they’re a generally tight fit if you can fit them, the UrBeats don’t feature any additional accessories to improve stability, like the ear fins. This is for all of you out there who are looking at these earbuds with the intention of taking them to the gym.

They’ll serve you just fine for some jogging but not for workouts. Even if you manage not to tug on the cords even once accidentally, they’ll fall out eventually, and with their durability as dubious as it is, you really don’t want them hitting the ground.

The cable is pretty much what you’d expect. It’s tangle-free, and it has an in-line remote with a microphone and three buttons that can be used to control playback and volume as well as to take and end calls. It’s rather close to the earbud, so you’ll have to operate it by feel, but it doesn’t take long to get the hang of it.

In case you didn’t already know, Beats is owned by Apple, so there’s some fine print you should be aware of:

The remote won’t retain all of its functionality unless it’s paired with an iPhone. Should you be an Android user, you won’t be able to control the volume with the remote. It’s generally not something that will make or break your decision to buy certain headphones, but the lack of volume control always feels like a huge inconvenience.

A much bigger problem, however, is the fact that the cable isn’t detachable. This refers back to the durability issues.

The cable is usually the first component to bite the dust in any pair of headphones, earbuds, or otherwise, and aside from being tangle free, the UrBeats cable is rather thin and really nothing to marvel at.

Now, everything else can be forgiven if the audio quality is on point. There’s always bound to be some trade-off, especially when you’re dealing with affordable earbuds. Some have poor durability, some aren’t all that comfortable, and some are just plain ugly to look at, but if the sound is excellent, then these are compromises that most buyers are willing to accept.

In this case, however, despite its few very remarkable upsides, the overall sound of the UrBeats is rather underwhelming.

They share the core feature of all Beats earbuds: they’re very bass-heavy.

Now, the thumping bass is good and all, but unless the bass is everything you care for in your headphones, you’re not likely to find these too appealing. Bass-heavy headphones are generally not particularly useful for critical listening, but even non-bass-heavy genres just sound hilarious on these earbuds.

The midrange is especially peculiar, with the low-mids actually overemphasized, adding to the overall boominess, but the rest of the mids is underemphasized. It’s not even as if they were going for a V-shaped sound signature that just sacks the mids because the treble is underemphasized throughout.

All this makes the earbuds sound very dark. There isn’t much clarity, and the instruments and vocals sound distant and muddy.

We have to say a few words about the phenomenal tracking and the almost non-existent distortion, but these things alone won’t justify the aforementioned cons.

So the urBeats are not for critical listening, and certainly not for audiophiles, but most casual consumers won’t get the most of them either unless they’re really into contemporary bass-heavy genres.

If you’re a certified bass-head, you may be satisfied with what the original urBeats have to offer, but otherwise, we suggest taking a pass on these.

It’s worth noting once again that these UrBeats are an older model. We’ll be reviewing the subsequent models shortly, which we’re hopeful are much better, so if you’ve decided that you want a pair of Beats, stay tuned to see which one is worth it. 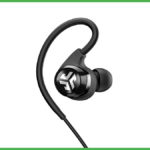