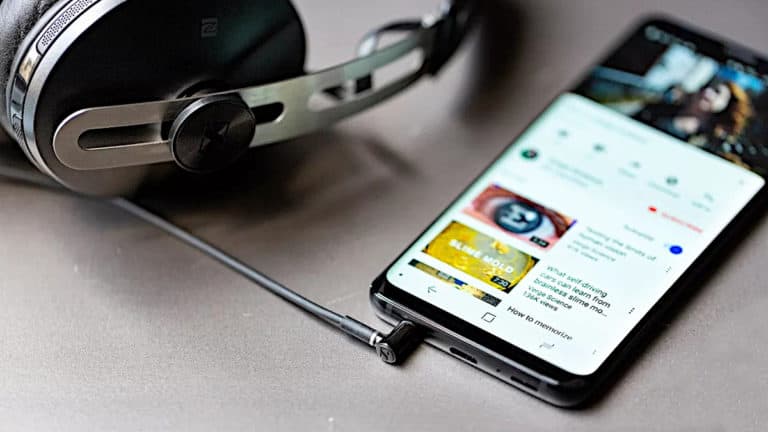 By looking at the plug of an analog headphone cable, we can determine its properties, such as whether it supports a microphone, stereo signals, and balanced connections.

As cool as these things are to know, however, thanks to the CTIA standard, consumers aren’t required to know any of this to effectively use 3.5mm headphones, which are by far the most common type.

Are you confused about headphone jacks and plugs?

Despite Apple’s continuous effort to kill off the analog headphone jack, this interface is still proving resilient.

There is some merit to Apple’s approach, inconvenient as it may be during the transitioning period.

The all-digital Lightning connector is capable of transferring more data than an analog 3.5mm cable. It can power the device it’s connected to, enable active noise canceling without the need for batteries, and so much more.

But we’re not here to talk about the Lightning cable. Instead, this article will focus on the differences between the many types of analog headphone plugs.

We’ll focus on the plugs (the parts on the ends of headphone cables) rather than the jacks (the connectors that the plugs are inserted into) since they’re much easier to distinguish visually.

All you should know about jacks is that they usually require a port with the same wiring, but this isn’t always the case.

All plugs have several conductors, which serve as contact points between the plug and the jack.

The connectors are divided by black rings, which are known as insulating bands. Later, when we need to count “rings” to determine how many conductors there are, we will not be referring to the black insulating bands.

An analog cable plug can have anywhere between 2 to 5 conductors (or pins), which are divided into sleeves (S), tips (T), and rings (R). The two mandatory conductors are the sleeve (S) and the tip (T).

A plug with just the sleeve and the tip is known as a 2-conductor plug or a TS connector. The plug can also have one, two, or three rings (R), each serving as a separate new conductor.

These rings are separated from the tip and the sleeve (or other rings) by means of the previously mentioned black insulating bands.

So, if a plug has two insulating bands, it only has a single ring!

In any case, these conductors match to create four possible plug combinations:

TS connectors have only two conductors, making them fairly straightforward.

One carries the audio signal, the other serves as a return path and ground. Since only one audio signal is sent, TS connectors can only carry unbalanced mono audio signals.

As far as headphones are concerned, TS plugs are rare and only found in some 2.5mm connectors (more on plug/jack sizes later).

They are more frequently used with 6.35mm connectors, which are used for instrument cables. If you’ve ever plugged an electric guitar into an amplifier, you used a 6.35mm TS cable.

These cables are typically fairly short, as they tend to pick up a lot of interference. The longer the cable is, the more interference the signal will accumulate.

TRS connectors are the most common plugs in headphones. This is typically what people mean when referring to a 3.5mm plug.

Although the TRS connector is most commonly used with 3.5mm plugs, it can also be found on 2.5mm and 6.35mm plugs.

TRS cables can also carry balanced mono audio signals, where the tip and the ring carry the same audio signal with reversed polarities, but it’s not used in this way with headphones.

A TRS cable can also be used for an unbalanced mono connection, where the ring can serve to support the microphone signal, but again, very rarely will you stumble upon headphones that use this.

By adding another ring, we end up with a TRRS connector, which is also commonly found with headphones.

The benefit of TRRS connectors is that, in addition to unbalanced stereo signals, they also have a single conductor left to handle the microphone.

Now, this is where things start to get tricky with regard to which conductor carries which signal. Namely, there are two TRRS conductor arrangement standards: CTIA and OMTP.

Why is this important? And what difference does it make?

Well, it comes down to being able to use the TRS plug with TRRS jacks. Typically, in order to use a plug, you have to plug it into a jack that’s the same diameter and follows the same wiring schematic.

Most smartphones (that still feature the 3.5mm jack) have a TRRS jack, as they need to be able to handle the microphone signal.

However, not all headphones have a microphone. In fact, most headphones come without a built-in mic.

And if there’s no microphone, the headphones will use a TRS plug. So the CTIA standard is used to retain the same conductor arrangement between TRS and TRRS plugs relative to the signals these conductors carry.

In any case, TRRS plugs are used with headphones that feature a microphone.

All devices that support both a microphone and stereo audio, like smartphones and gaming consoles, come with TRRS jacks, but their conductors are wired according to the CTIA standard so that headphones without a microphone can still be used with these devices.

The biggest deal with TRRRS connectors is that they support balanced stereo signals.

What is the purpose of this?

For a comprehensive contrast of balanced and unbalanced connections, we would like to refer you to this article.

Here’s the short of it, though: balanced audio connections are great at eliminating interference.

This is why the audio signal is split into two channels: positive (hot) and negative (cold). These signals both pick up the same interference on their way to the headphone.

The interference on both channels is the same, meaning, positive or hot. When the signals reach the end of the cable, the cold channel has its polarity reversed once again.

This flips the audio signal back to positive while making the interference negative. Now the positive and negative instances of the same interference cancel each other out, leaving you with a clean signal. This method of interference elimination is known as Common Mode Rejection (CMR).

If theoretically, the polarity of the second channel weren’t flipped the second time, the positive and negative audio signals would cancel each other out, and you would only hear the interference since both instances of it are positive.

This is, of course, impossible, but hopefully, it helps illustrate the principle behind CMR. Again, you can find a much more detailed explanation of all of this and more in the aforementioned article.

So, back to TRRRS connectors.

These plugs are basically used with audiophile-grade devices where clarity is paramount. For headphones specifically, XLR connectors have typically been used instead of TRRRS ones to support balanced stereo connections.

While it has not yet been widely implemented outside of Sony products, it’s still worth noting, as TRRRS balanced headphones are finally a thing now, thanks to this.

In addition to the number of conductors, ports are also distinguished by their diameter. In fact, in everyday talk, the diameter is often the only thing that’s mentioned.

We all know about the 3.5mm jack (and plug). But as we’ve seen, both TRS and TRRS plugs (and jacks) can have a 3.5mm diameter. So a single diameter is not exclusive to a single type of plug with regard to the number of conductors.

Overall, the four most common sizes of analog headphone plugs are:

Why Should You Know This?

So, why is all of this important to know?

Frankly, it isn’t, at least not for most people.

Seeing as TRS and TRRS plugs are both compatible with TRRS jacks thanks to the CTIA standard, the common consumer can easily just distinguish between the diameters and be safe.

However, plugs affect the sound quality, either directly or indirectly – they let you know which headphones establish a balanced connection and which don’t, or which ones support a microphone and which don’t.

And these are things that every audiophile worth their salt should be able to recognize just by looking at the plug. 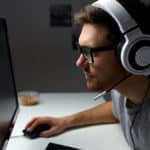 How To Wear Headphones With Glasses