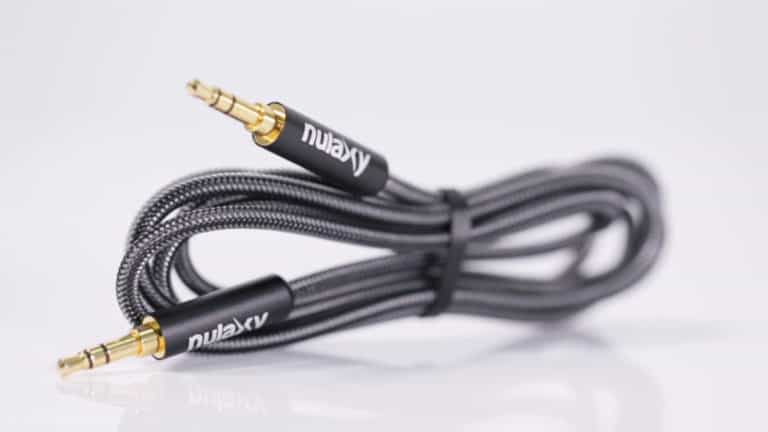 Conversely, unbalanced audio connections use only two wires and have no features that serve to remove interference, rendering them useless with long cables.

It’s a given that you need good gear if you’re looking to get a great sound, but you should never neglect the effect a good cable can have on audio quality.

When it comes to cables, the first thing you need to do (after making sure you’ve got the right connectors) is decide between a balanced and unbalanced connection.

At face value, we can see that balanced cables cost more, so convention demands they offer higher-quality audio.

This is indeed true, but there’s more to it than that. So let’s take a look at where the differences lie.

Every cable has several wires in it – the ground wire and one or several signal wires. The ground wire (also called the “earth wire” outside the US) holds the voltage at “ground level”, which helps protect against electric shocks.

As such, it doesn’t have a direct bearing on the sound. It’s just there as a shield of sorts.

The signal wire is the one that carries the audio signal. But this wire is also quite susceptible to picking up radio frequency interference (RFI). RFI is most commonly experienced as the incessant low-frequency humming we all know and hate.

It occurs when the audio cable is near other cables (most commonly power cables).

And it’s not just the constant static humming of the RFI that can cause issues. Cables can pick up all sorts of sounds on contact, and these sounds all get added to the signal and fed into the audio gear.

This means it’s never a good idea to have an audio cable running parallel to another cable, especially a power cable, as the interference will simply be unavoidable.

If the cables must intersect, it’s always best if they do so at a single point and in a perpendicular manner.

Fortunately, there are ways to mitigate these types of interference, which is where the distinction between balanced and unbalanced cables comes in.

So, what is the difference between these two types of cables?

It’s all in the number of wires.

Unbalanced cables only have two wires – the ground wire and a single signal wire. The ground wire protects you from fires and such, while the signal wire passes the audio along and is happy to make new friends in the form of unwanted interference along the way.

In turn, balanced cables have three wires – the ground wire and two signal wires. The ground wire still does the same thing, but now there are two wires that carry the audio signal instead of just one, which does wonders for eliminating interference.

How exactly are two wires carrying the same audio signal better at eliminating interference than one?

I’m glad you asked. We have basic physics to thank for that.

Naturally, both the positive and the negative signals pick up the exact same interference.

Now, because the two wires have opposite polarities, their sum is equal to zero. Therefore, if we were to try and listen to this audio inside the cable, we wouldn’t hear anything. The positive and the negative signal would cancel each other out entirely.

The only thing we would hear is the interference picked up along the way, be it the constant static hum or the audible bump in the road since this interference didn’t get a polarity reversal on either of the wires.

But the point is to hear the audio signal, so once it reaches the intended input, the polarity of the cold wire is once again reversed, bringing both signals back to positive and in line with one another.

Why go through all this trouble if you’re going to flip the polarity of the cold wire twice?

Well, the second time we make the flip, all the interference gets a polarity reversal as well.

When to Use Which Connection

So, what is better in the end? Balanced or unbalanced cables?

They carry a stronger signal with less interference, so there’s no contest here.

They’re also more expensive, so they’re only used when the context necessitates it.

Basically, all the cables in a studio are bound to be balanced since a clean signal is paramount in that environment.

Whenever there’s bound to be a whole bunch of cables lying around, it’s best to use balanced cables to avoid interference. And if you need to pass an audio cable over a long stretch, you’ll need the strongest signal you can get, so again, you’ll need an unbalanced cable.

For everything else, the choice is yours.

RCA unbalanced is still very much the standard consumer interface. If you just need something to get your home cinema going (meaning short cables and permanent placement without a lot of wiggle room for interference), you don’t need to spend more for a balanced connection.

Yes, a balanced connection would sound better, but the difference wouldn’t be large if you’re able to avoid interference, which is more than doable in home environments.

There is, however, a middle-of-the-road option you can get if you want that extra bit of quality insurance without necessarily paying the premium price. This can be done by opting for a fake balanced audio connection.

Note that there are two types of balanced audio connections – balanced and true balanced. The term fake balanced isn’t used in any official capacity, but we’ll use it here to make sure we’re all on the same page.

So what’s the difference?

Without getting too in-depth, a proper circuit is more expensive to set up, which is why fake balanced cables are more economical than their true balanced cousins. Needless to say, they’re also not as good.

Nevertheless, fake balanced audio connections do work. They work wonders, in fact, and will still net you a higher-quality sound with less interference than unbalanced connections ever could.

So, if you’re looking for a good middle-of-the-road option, this is it. 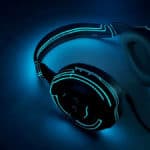