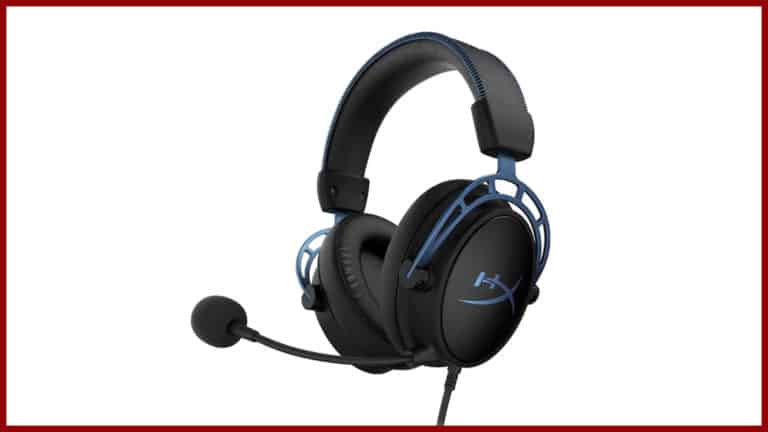 The HyperX Cloud Alpha S is a gorgeous headset that unfortunately doesn’t offer enough to distinguish itself from its predecessor. If you’ve already got the original Cloud Alpha, there’s no reason to upgrade to this version.

Otherwise, it’s an okay purchase. For reference, imagine if the Xbox One X couldn’t deliver on the 4K dream in a satisfactory manner so you had to use it in 1080p instead even though you paid extra and you’ll get the picture.

The HyperX Cloud Alpha was a phenomenal headset in the $100 price range – it was super comfortable, it sounded great, and it was quite easy on the eyes, too!

So the hopes were high when its successor – the HyperX Cloud Alpha S – was announced.

The original Cloud Alpha had set a decent foundation, and the Cloud S sought to build upon it by adding cool new features like virtual 7.1 surround sound, an analog bass slider, and more. Only this upgrade also raised the price of the headset by $30.

This left many wondering: Are the enhancements offered by the revamped Cloud Alpha S worth the extra investment?

This time around, you don’t have to look under the hood to notice all the changes since HyperX updated Cloud Alpha S with a new coat of paint.

Instead of the standard red and black exterior of the original, the Cloud Alpha S sports a much more elegant and sleeker black and blue design. We were particularly impressed by the gorgeous blue stitching on the headband.

Overall, the design of the headset is simply immaculate. And it’s not just that the headset looks nice. It feels premium to the touch.

The headband is made of aluminum, enabling it to withstand some punishment without any fear of breaking. It’s still not the kind of headset you’d carry outside, despite the evident durability, but the minimalist design is certainly appreciated.

If you’re a fan of this type of design, you’ll love the alternative Blackout version of the headset, in particular, featuring an all-black exterior.

We don’t normally gush this much over the color of a headset, but the Cloud Alpha S deserves all the praise for managing to seamlessly blend form and function into one gorgeous whole.

On the earcups, you’ll find two holes – one for the detachable microphone and the other for the 3.5mm cable, both of which we’ll discuss further down below. In addition, both earcups also feature a nifty bass slider that gives the driver more or less space to reverberate, depending on whether you keep it opened or closed.

It’s a unique feature that functions well but, at the same time, feels a bit gimmicky, especially when you consider how there’s no way to tinker with the other frequencies.

One of the outstanding features of the original Cloud Alpha was the comfort it provided, and the Cloud Alpha S is no different. This headset simply has a way of resting on your head without ever pressing too hard on it. It’s lightweight enough despite not being all plastic; it clamps with just the right amount of force and can be made to fit just about any head.

Also, the padding is, of course, superb. The padding on the headband makes it so that the headset never feels too heavy or uncomfortable. As for the ear cushions, you get two pairs to choose from – one is foam, and the other is fake leather.

Both pairs are incredibly soft, but the leather one helps contain the bass while the foam one helps reduce ear sweating. The option to choose is certainly appreciated, but the process of actually swapping the ear cushions is incredibly tedious and not something we can see anyone regularly doing.

Regardless, even if you were to never change the ear cushions once you settled on the ones that suit your better, we have to give HyperX props for including such an option.

All in all, much like its predecessor, the Cloud Alpha S is an incredibly comfortable headset that you can use for day-long marathons without any pain or issues.

As for what’s under the hood, we have to start with the drivers. The Cloud Alpha S features dual-chamber drivers with 50mm neodymium magnets. The original Cloud Alpha was the first headset to incorporate the dual-chamber design, and it was a big success, so it’s great to see them double down on that.

The Cloud Alpha S uses a standard 3.5mm cable. This is great, as it does wonders for versatility – you can connect this headset to your PC, smartphone, console, you name it.

However, to access the virtual 7.1 surround feature, you must plug that cable into the mixer amp with the headset. The mixer amp has a sizable remote and then another stretch of cable that ends with a USB connector.

In order to make use of the extra features, you have to use both cables. Now, both are rather lengthy, which can get annoying quickly. If you dislike how regular wired headsets can get tiresome with their cables, you’ll hate having several meters of cable between you and your audio source.

The controls on the cable include the ability to separately control the game and chat volumes as well as mute them. The buttons are nice and large, making them easy to use without looking. However, since the controller is at the point where the two cables meet, and both cables are pretty long, the controller feels a bit impractical to use.

The ability to control the chat volume in the middle of a game without exposing yourself to danger is quite handy, but whether or not this benefit outweighs the detriment of an unnecessarily long cable is questionable at best.

It’s rather flexible, so positioning the mic in the most optimal place shouldn’t be an issue. However, the issue is that even when optimally placed, the mic here is just kind of quiet.

It’s not that the quality is subpar – it sounds very clear, and it’s definitely good enough for casual online gaming, but we’ve seen far more impressive microphones on headsets more affordable than the Cloud Alpha S.

Another strange thing we noticed was that voices sound different depending on which cable is used. To make matters worse, the audio sounded fuller and crisper when the USB cable with the mixer amp was completely left out of the equation!

The USB cable houses most of the new features that were added to Cloud Alpha S – the cable is essentially the extra $30 you’re paying for the upgrade – so you can imagine our disappointment when we realized this.

For casual online gaming, it’ll do just fine. But the fact that you have to give up on nearly all the new features to get the most out of your microphone is just disappointing.

So the headset looks amazing and feels great to wear, but the mic is okay at best, and many of the extra features are dubious. Looks like the sound quality will decide the fate of this headset, as is appropriate.

So how does the HyperX Cloud Alpha S sound?

It sounds great! This is largely thanks to the dual chamber drivers.

These use two separate chambers – one for the mids and highs and the other for the bass. This, in turn, makes it so that the frequencies don’t get jumbled up like they tend to do in other headsets.

You can have explosively punchy lows without sacrificing the richness and warmth of the mids and highs. This also helps eliminate distortion at higher volumes, so if you like to game with the volume cranked up to eleven, you’ll love this headset.

Then there’s the fact that you can use the bass slider to adjust the bass on the fly. Open the slider fully for the most bass-heavy experience, close it if you’re looking for the least punch, or keep it in the middle for a nice balance.

This is one of the most unique features we’ve seen in a while, and it’s certainly useful.

However, once you get over the novelty factor, it starts to bug you how there’s no way to adjust the other frequencies, at which point you start to wonder whether the plain old ability to tinker with the EQ would’ve been preferable to this cool new feature.

Nonetheless, the stereo sound on the Cloud Alpha S is nothing short of outstanding, but the same doesn’t hold for the virtual 7.1 surround sound. It gets the job done, sure – it adds to the positional awareness, but it does so at the expense of the overall sound quality.

Considering these sound great in stereo mode, we can easily see many users opting out of the virtual surround feature to retain the higher-quality audio.

It builds upon the excellent foundation of the previous Cloud Alpha, so there’s no way we can call it a bad headset, but the features it adds don’t feel very worthwhile.

The virtual surround sound is unimpressive and a downright downgrade from the regular stereo mode. The microphone sounds better when you aren’t using the mixer amp, which arguably makes up for the whole $30 difference between the two headsets, plus the cables are just way too long.

Sure, being able to adjust the game and chat volumes through the cable separately is handy, but this feature alone isn’t enough to make a headset.

Also, while we were left speechless by the new color scheme of the Cloud Alpha S, we simply can’t recommend buying a $30 paint job for a peripheral.

In conclusion, the Cloud Alpha S would’ve been a better headphone if we didn’t have the original Cloud Alpha – which sounds just as good and is just as comfortable – to compare it to. Its chief fault is that it’s doomed to live in its predecessor’s shadow. 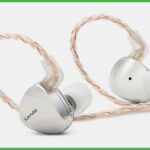