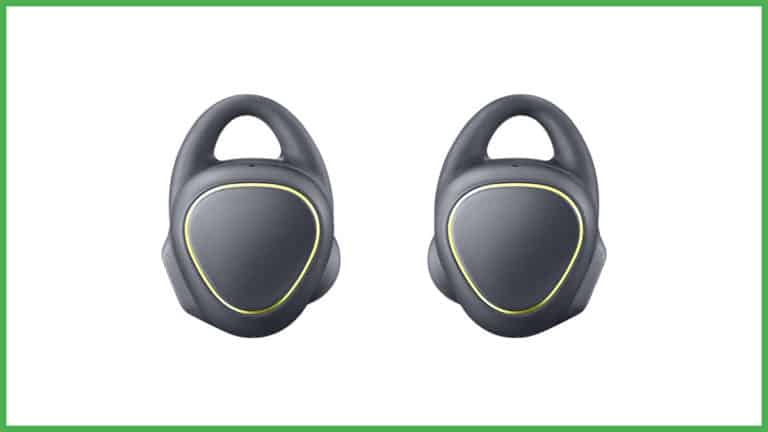 The Samsung Gear IconX may have been an advanced piece of tech back when it first got released, but it certainly hasn’t aged very well. It may feature an attractive design and good sound, but the terrible battery life makes it an instant no-go for most users. Still, with a significantly reduced price tag, these earbuds still have a lot to offer to the right target demographic.

The original Samsung Gear IconX from 2016 was the brand’s very first venture into the world of truly wireless earbuds. People were more excited about the lack of any wires than anything else and thus ready to forgive most shortcomings due to this being Samsung’s first venture into this realm.

But a lot has happened since 2016 – the true wireless technology has been refined, and numerous manufacturers have tried their hand at making the next hit. So with no shortage of options on the market – most of which are newer than and technically superior to the original Gear IconX – we are left to wonder whether these earbuds are still worth buying.

So without any further ado, let’s take a look at what the Gear IconX has to offer, how it measures up to the competition, and who it might be perfect for in this day and age.

As far as looks are concerned, the Gear IconX hides its age well. Available in black, white, and blue, these sleek earbuds still retain a more refined look than the much more recent Airpods Pro with their weird protruding stems. The fact that all the controls are issued via a trackpad also helps with the minimalist exterior.

Getting the right fit is also not something you should be concerned about since the three differently sized tips and wings offer great adjustability. Basically, once you find the right fit, the earbuds lock into place. You could shake your head as violently as a metalhead in the first row at their favorite band’s gig, and they would not fall out.

Naturally, this entails that they have great noise isolation. So, if you want to shut out the outside world completely, the Gear IconX can help get you there. There’s also an ambient sound mode that will let you stay aware of your surroundings, but more on that later.

Of course, just because the earbuds fit perfectly doesn’t mean that you won’t feel like readjusting them from time to time, which is where the trackpad becomes a problem. In a vacuum, the trackpad is highly functional – it’s precise and can be used to issue a plethora of commands (change songs, play/pause, take calls, etc.). It takes some getting used to, but that’s not the issue.

The issue is that you’ll likely prompt some command or other when you’re just reaching to push the earbud deeper into your ear or wiggle it around, which can get real annoying, real fast.

Lastly, we have to mention that these earbuds are mostly made of plastic. Plastic, of course, has its benefits when it comes to earbuds, most notably its lightweight nature. But having a big chunk of plastic in your ear isn’t the most pleasant feeling in the world.

So just be aware that these aren’t the most comfortable earbuds we’ve seen. This is also why you may want to readjust them on the fly, if only to massage your ears a little bit. All in all, some ear pain is to be expected after at least half an hour of use.

For a first-gen product, these earbuds are jam-packed with features. Whether or not the features are useful, however, is another matter entirely. First, let’s dial back to the ambient sound mode we mentioned earlier.

Both the left and the right Gear IconX earbuds feature a microphone. As you’d expect, this microphone can be used for taking calls (but not making them yourself, since the earbuds feature no voice control options), but its use also extends to the ambient sound mode, whereby the microphones record what’s going on in your surroundings and play this over your music.

Seeing as the most appealing use for the Gear IconX – as well as most true wireless earbuds – is during exercises, this can be an invaluable feature. Whether you’re out for a jog and need a healthy dose of spatial awareness to avoid a potential accident, or you’re in the gym and don’t want to pause your jam while someone’s speaking to you, the Gear IconX has got you covered.

It even sports some water resistance, which is always great because you don’t need to worry about sweat or a sudden shower destroying it.

These earbuds also have a cool way of powering on. There’s no power button, but the earbuds feature a heart rate measuring system and automatically turn on once a heartbeat has been detected. Frankly, this is an awesome feature that we’d like to see more devices use.

However, you don’t equip your earbuds with a heart rate monitor just to have them automatically power on. The Gear IconX can also be used to track your heart rate, as well as distance, pace, and calories during exercise.

We have to commend the heart rate monitor for being highly accurate (it does tend to take a couple of wild swings over the course of a workout, but for depicting the general state of your heart rate during exercise, it’s as accurate as it needs to be). The distance, pace, and calorie trackers aren’t to be trusted, though.

All of these features function under the assumption that you’re a Samsung Galaxy user, since they require the Samsung S Health app to work. Contrary to popular belief, however, these earbuds can be paired with iOS devices. It’s just that all the extra features will be inaccessible in this case.

For this segment, the last thing we want to focus on is how the Gear IconX allows you to manually assign which earbud is the dominant one. So if you’re a lefty who hasn’t been run down by society to the point of feeling like a right-handed person anyway, you’ll appreciate this feature.

Now, here’s the part that’s either going to make or break these earbuds for you: the Samsung Gear IconX comes equipped with batteries that pack enough juice for roughly an hour and a half of playback.

That’s right – an hour and a half!

Honestly, if this part doesn’t turn you away from these earbuds, nothing will. The abysmal battery life on these things is clearly laughable by today’s standards.

That said, if we judge them based solely on their intended use – which is for listening to music while exercising, then they’re not unusable. Most workouts aren’t going to last more than an hour and a half (warm-ups and stretching included), and the same goes for jogging unless you’re preparing for a marathon.

You charge the earbuds by placing them into a charging case. The case itself can also be charged to further extend the battery life on the go. The case can hold around two full charges worth of batteries in it, extending the maximum battery life before needing a power socket to a maximum of four hours; this makes it almost like a regular battery!

However, the fact that it takes the earbuds no less than an hour in the case to charge from empty to full means that you’ll likely have to finish your workout session without music if the earbuds die on you, even if you have the charging case at hand.

Lastly, we have to take a look at how the earbuds fare in terms of audio quality.

The first thing to point out, however, is that the Gear IconX has two listening modes: one uses the regular Bluetooth connection, while the other relies on onboard memory.

The Gear IconX comes with 4GB of memory, around 3.5GB of which you have free access to. This means you can connect the earbuds (though the charging case) to your PC and upload your favorite tracks directly onto the earbuds. Each earbud comes with its own 4GB of memory and plays the music separately. The dominant earbud just syncs the tracks. This makes its battery drain a bit quicker, but this happens when using a Bluetooth connection anyway, so it’s no biggie.

Now, we recommend using the onboard memory if you want to get the most out of the Gear IconX. Our advice is based on three reasons:

First, it eliminates Bluetooth stuttering by completely taking Bluetooth out of the equation. And there is stuttering otherwise, even when you keep your phone in your pocket.

Secondly, it almost doubles the battery life! And with the battery life as insignificant as it is in the first place, getting that extra hour or so of music can be a game-changer.

And thirdly, it can offer way better audio quality.

The 3.5GB of usable memory averages out to around 1000 MP3 songs, but there’s nothing stopping you from uploading fewer FLAC files for the superior listening experience. In either case, it beats what Bluetooth here can offer.

What’s more, the onboard listening mode eliminates the need to carry your phone with you. You’ll likely want to take your phone to the gym regardless, but you may not want it bouncing around in your pocket while you’re jogging.

With the onboard listening mode, you don’t need your phone. You can use these earbuds as an MP3 player. Sure, you won’t get the benefit of all the health tracking features, but most of them are subpar anyway.

As for sound quality, we don’t feel that anyone whose primary goal is to listen to music while exercising will complain about what the Gear IconX has to offer. The bass may not be the best we’ve seen on a pair of earbuds, but it has some real punch, especially with how tight the sound isolation is. And it certainly doesn’t lack in the volume department.

All in all, it’s obvious that the Samsung Gear IconX was a much more desirable device back when it first got released, and competition was scarce. It is absolutely not worth the initial MSRP of $200 at this point.

However, these earbuds can still be a nice grab if you get them at a sizable discount. At the moment of writing, Amazon has these listed at $120, and we’ve seen them sold for even less. At such a price range, they can still regain some of their original luster.

However, it’s paramount that you’re in the right demographic if you’re looking to buy these earbuds. The way we see it, they’re only useful for people in need of music during a workout for whom wires simply will not do. This is because an average workout should not exceed the battery life you get at full charge. In that case, the Gear IconX can be a powerful asset in your workout arsenal.

But if your intended use for these stretches beyond the boundaries of the gym, it’s probably best to get a more recent model that can offer a significantly better battery life. 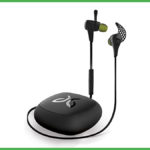