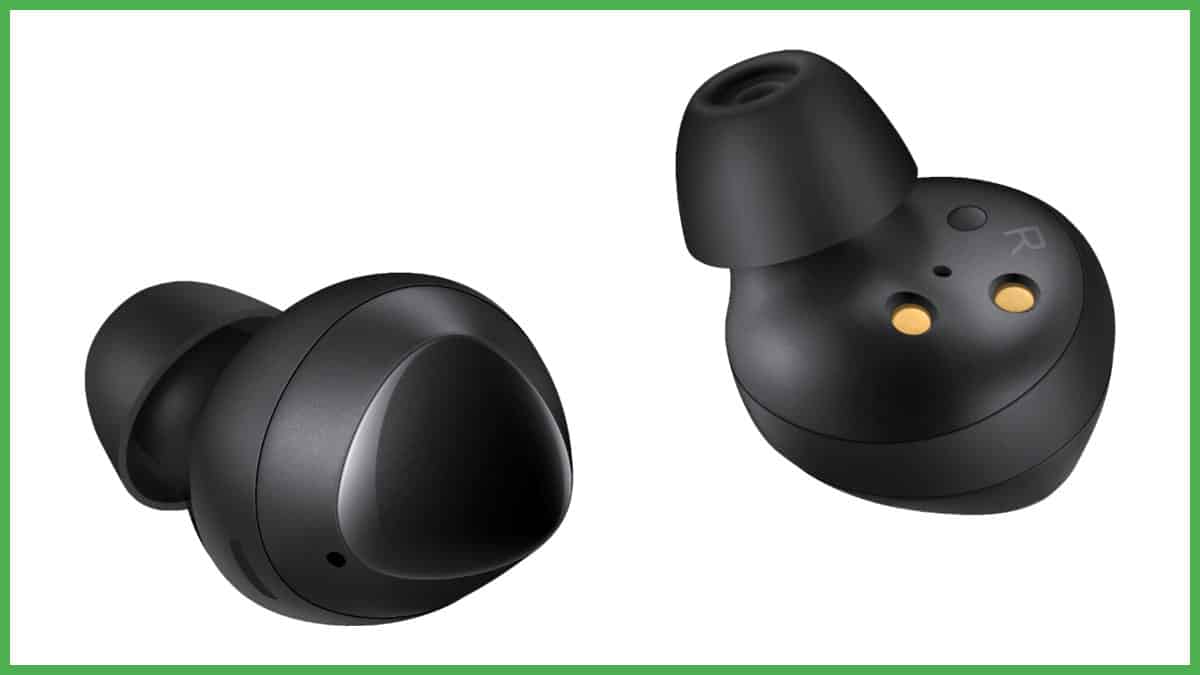 The Galaxy Buds are Samsung’s first critically successful venture into the true wireless earbud market and, while they may not be the latest and best model released by the company, they still hold up great and offer good value to anyone looking for premium buds on a budget.

They have a good battery life, plenty of features, and hard-hitting bass. Most importantly, they’re one of the top contenders for the most comfortable true wireless earbuds reviewed on this channel.

This leaves many wondering: are the original Galaxy Buds still worth it today?

Aesthetics are a matter of personal taste, but we have to say we’re big fans of the way the Galaxy Buds look. The sleek exterior and compact frame make this one of the best looking wireless earbuds on the market. Plus you can get them in a variety of colors to match your style.

We weren’t fans of the protruding stems on the Airpods. One of the things we liked the most about the Airpods Pro – which are all-around phenomenal earbuds – was how they shortened this stem. But not having it altogether it the best way to go.

The Galaxy Buds feature rubberized ear wing tips that help hold these earbuds in place. As with the ear tips, you get three pairs of ear wing tips to help ensure you can find a proper fit. Between the customizable ear tips and ear wing tips, most folks shouldn’t have a problem forming a snug and secure seal.

Once everything is locked into place, the Galaxy Buds stay firmly in your ears, no matter what you do. This makes them excellent for workouts or jogging, although we’d have to say they’re more suitable for a gym environment than for outdoors as they only feature an IPX2 rating. IPX2-rated earbuds can handle sweat just fine, but they should be kept away from water at all costs.

So if you’re about to head out for a jog and it looks like it might rain, you’d better take the charging case with you and be ready to put the buds away as soon as you feel the first droplet of rain drop.

The earbuds also feature touch controls that let you pause and play music, skip tracks, control calls, and use Samsung’s voice assistant on devices that support it. The long-press command can be customized to control some other features as well (only on Android), but you’ll have to pick one of these features – like Ambient Mode, for example – in favor of all the others.

This is disappointing, especially as it’s a step down from the Gear IconX. If fact, the Galaxy Buds lack several features that the objectively inferior Gear IconX had, but more on that later.

Normally we dedicate a whole segment to discussing comfort, but there’s very little to say here – it’s superb! We don’t know whether it’s due to the compact shape and lightweight nature of the buds or something else, but there is no ear fatigue when using the Samsung Galaxy Buds, which can’t be said for many other true wireless models. Few other models can see you through the full battery life of the buds in a single session without any discomfort.

And speaking of battery life, the Galaxy Buds can hold a charge for 6 hours. If you’re blasting away at max volume, the battery will of course deplete more quickly, but seeing how loud these earbuds are even at just 50% volume, we don’t see this being an issue.

And 6 hours of battery life on the buds is nothing to scoff at either. When these buds came out, most of the competition could only handle around 3 or 4 hours of playback on a single charge. Even as newer models drive the ceiling further – such as the galaxy Buds Plus packing a total of 13 hours of battery life in them – the original Galaxy Buds can still hold their own.

The charging case, however, isn’t nearly as impressive as the buds. The case can only hold 7 hours of battery life in them, which just barely exceeds another full charge. To say that this is laughable would be a bit too much, but compared to what the competition has to offer, we find the charging case of the Galaxy Buds lacking.

The case uses a USB-C cable to charge up, however, it also supports wireless Qi charging. The Qi charging takes almost twice as long to get the buds from zero to full, but it’s a convenient feature to have, especially if you’re a Galaxy S10 user, in which case you can place the charging case on the back of the phone and have the phone act as a charger.

There is an LED indicator light on the front of the case that shows you how full or depleted the battery is. Inside the case, two other LED indicator lights show you how charged up each of the buds is. You can check the battery life of the buds through the Samsung Galaxy Wearable app, but you’ll have to check how the charging case is doing by looking at the LED light every time.

The Galaxy Buds come with some neat features, most of which are accessible through the app. We’ve already mentioned the Ambient Mode, which you will want to get the hang of using as the noise isolation on these buds is nothing short of excellent. There’s no active noise canceling, but even just the passive noise canceling goes above and beyond what you’d expect.

You can also whitelist certain applications to have their notifications read out. And we’d feel remiss if we didn’t mention the “Find my earbuds” feature that, once activated, makes your buds produce loud chirping noises. These chirping noises are rather loud, so if the missing earbuds are in your vicinity, you will find them. If one of the buds is in your ear when you activate this feature, only the missing bud will chirp.

The earbuds also come with an auto-pause feature that pauses your music once both earbuds are removed from your ears. Once you insert the buds back into your ears, you have to tap them to get the music running again. Of all the auto-pause variations, this is the one we like the most, as it allows you to use a single earbud if you so desire and it eliminates the inconvenience of having to reinsert the earbuds because the sensor didn’t get the memo about putting the music back on.

Both earbuds also come equipped with two Adaptive Dual microphones that can be used to take calls. The microphone quality here is on par with that of Samsung Galaxy S10, insofar as the people on the other end of the call won’t be able to tell whether you’re using the phone or the buds to communicate.

However, this is only if you’re in a quiet environment. In loud environments, only the microphone that faces inside your ear gets activated, rendering it unusable unless you shout.

The call quality used to be altogether horrendous when the Galaxy Buds first got released but most of the problems have been fixed through firmware updates, so if you come across user reviews trash-talking the microphone this is likely the reason why. It does not reflect the current state of the product.

Lastly, we must lament what is not there. We know we shouldn’t judge a product by what it doesn’t have, but given that the Galaxy Buds are the spiritual successors to the Gear IconX, we have to bemoan the lack of on-board storage. This feature was beloved by folks who didn’t want to lug their smartphone around while jogging.

For all its merits, the thing the Gear IconX lacked the most was audio quality. In our review of these earbuds, we said that they were perfectly fine for folks who just need true wireless earbuds while exercising, but that beyond this they didn’t have much to offer. The Galaxy Buds changed this.

The sound quality here isn’t audiophile grade by any means – the overall sound signature is a tad warm and unnatural – but it’s good for the price and it holds up in many genres of music. The Galaxy Buds were supposed to provide some competition to the Airpods which were dominating the market and, from a technical standpoint, they were well equipped to do so.

They boast a deep and precise bass, smooth vocals and admirable instrument separating, which shouldn’t come as a surprise given that the drivers were tuned by the folks at AKG. The bass, in particular, is quite powerful for such compact earbuds. This is thanks to the use of dynamic drivers that displace air, instead of balanced armature drivers which are more often found in these types of earbuds as they require less power.

The app we’ve mentioned also gives you five EQ presets to choose from – bass boost, soft, dynamic, clear, treble boost. We suggest using the dynamic mode at all times as the others are quite underwhelming.

We should also point out that the Galaxy Buds support AAC! So pairing them with iPhones will result in a great sound. You’ll be missing some features that Android users get, but the audio quality will not suffer in the least. In fact, we found that the Galaxy Buds sounded better on iPhones than non-Samsung Androids, as there’s no aptX support here.

The Galaxy Buds do occasionally suffer from some synching and latency issues, but this is mostly in crowded areas with lots of Bluetooth interference; and let’s be honest, all true wireless earbuds suffer from this problem. This used to be a bigger issue at the time of release, but the latency and stability issues have since been addressed through firmware updates. They may crop up from time to time, but this won’t be often, especially if you use a Bluetooth 5.0 connection.

Overall, the Galaxy Buds still offer phenomenal value. You shouldn’t buy them at MSRP, but at the reduced price of $100 or so, they are well worth the money.

Better models have since been released with improved sound quality and expanded features, but if you want a premium pair of true wireless earbuds on a budget, you needn’t have any reservations about the Galaxy Buds. They hold up great, and they’re better than reviews that haven’t been updated make them out to be. 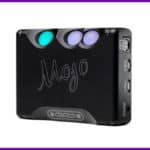