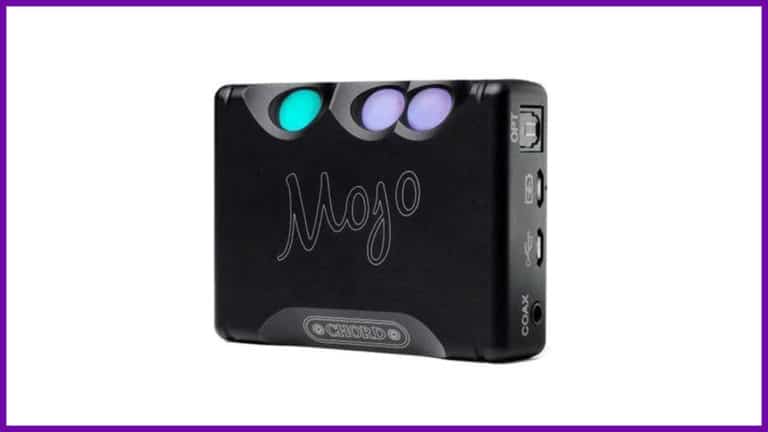 As far as portable Amplifier/DACs go, the Chord Mojo still remains a strong contender for audiophiles looking to bring the most out of their headphones. The asking price of $500 may raise some eyebrows, but in the audiophile world, this is considered fairly affordable for such a device. And the Mojo is made for audiophiles first and foremost.

This is the idea behind the hugely popular portable amplifier/DAC release by Chord Electronics back in 2015. Back then, it was a game-changer, offering most of what the widely coveted Chord Hugo did for just a fraction of the price.

But despite slightly showing its age in certain regards, the Mojo shows no signs of slowing down. It’s still a popular choice among audiophiles looking for a great amplifier/DAC to take with them on the go.

If this isn’t an indicator of quality, then nothing is.

But let’s take a look at just what it is that the Chord Mojo has to offer to the audiophile looking for a portable amplifier/DAC in 2022.

The Chord Mojo is instantly recognizable thanks to its unique and quirky exterior. With a size barely larger than a deck of cards and a tough aluminum exterior, the Mojo is the embodiment of portability.

The build quality here is second to none, as the last several years have attested to – you’ll be hard-pressed to find complaints online about the Mojo breaking or malfunctioning. It’s tough!

The only thing that has shown to be a problem in certain cases is the battery needing a replacement, but more on that later.

Just because it’s instantly recognizable, however, doesn’t mean that the Mojo aesthetic is bound to sit well with everyone. For example, the Mojo sports three retro-looking roller ball buttons that are used for all kinds of inputs and to change colors to convey all sorts of information.

Moreover, the color scheme isn’t found anywhere on the device itself. For example, to indicate different levels of volume, one of the buttons will go through the colors of the rainbow where red is used for the lower volumes, blue for the higher ones, and if you know what a rainbow looks like, you should be able to work out the rest.

Similarly, another button changes colors to show you the bitrate, and then there are also two color combinations you need to know if you’re going to use this device to its full potential. For example, you’ll know you’ve entered line-out mode when two buttons turn purple.

You’d think with a quirky design like this, you’d at least get a manual that explains how everything works, but out of the box, you only get the Mojo unit itself; you don’t even get any of the cables required to run it.

Speaking of which, the Chord Mojo supports three types of digital inputs:

The inputs are autosensitive and follow the abovesaid priority order when several are connected at once. Thankfully, the unit sports two Micro USB ports – one serves as a digital-in port while the other is exclusively used as a power socket. This means that you can charge the Mojo as you’re using it.

The audio quality isn’t identical across all the inputs, but this is to be expected.

Furthermore, the Mojo features two 3.5mm jacks, meaning it can be used with two pairs of headphones at the same time. The drop in audio quality, when used in such a manner, is barely noticeable, so there’s no better way to share your favorite tunes with a close one.

In terms of compatibility, there’s no device the Mojo can’t run. Chord claims it can power headphones of up to 800ohms with its maximum output of 5V, and we can say for sure that it has no problems whatsoever with 600ohm headphones.

Even more importantly, since this is a portable solution, it has no trouble properly adapting to low-impedance headphones and earbuds. Although, we should point out that it does not support balanced connections.

Still, so long as it isn’t balanced, whatever the audio gear you wish to connect to it, the Mojo will get the most out of it, and it will be able to play it loudly. Whether or not you want to crank the volume up to eleven is a different matter entirely (one we’ve covered in our article on how loud is too loud), but the Mojo can get you there, even if you’re using high-impedance headphones.

This is provided that you’re using one of the three wired connections we’ve mentioned, of course. On its own, the Mojo does not support Bluetooth or Wifi connections.

Chord has released a companion device called the Poly that’s used to endow these and some other features to the Mojo, but at an overall asking price of $750, this isn’t something you should get lightly.

The battery is where the Mojo starts to show its age. It supposedly sports a 10-hour battery life, although 8 or 9 hours has shown to be a more accurate number. It all depends on which headphones you pair the device with.

The battery life is also color-coded, but not onto a prominent button. Instead, you’ll need to check the small LED next to the charging port to see how the battery is holding up. Here is the color scheme for the battery LED:

If we take the full 10 hours of battery life as a best-case scenario, that’s still nothing extraordinary by today’s standards, but it’s made even worse by the fact that the Mojo takes a whole 4 hours to charge from zero to full.

This is why the lack of fast charging, which wasn’t such a big deal when the Mojo was released, makes it feel outdated.

Furthermore, the unit gets pretty hot while charging. It can also get rather hot when used for a long time. And when you combine the two, it gets scorching. Nothing that would physically harm you or the devices, as there are three thermal cut-outs within the DAC, but it’s still enough to make you feel uncomfortable.

More importantly, the audio quality does take a hit when the device is running feverishly hot.

Whether it’s due to the temperature or not, the battery on the Mojo has been known to need a replacement after some time. This wouldn’t be so bad if the cost of getting the battery replaced by Chord didn’t cost a whopping $200!

Unfortunately, there’s no way to turn the battery off for those occasions when you want to use the Mojo as a stationary DAC. The Mojo supports line-level output, but this will only magnify the heat generation issue, given that it’s likely to be connected to a charger all the time just due to convenience.

Individually, these are all small inconveniences, but together they are more than just the sum of their parts. They may not be an issue for some users, but for others, they could make or break the whole product, which is why we felt obliged to highlight them.

Our intention with this review wasn’t to drown it with technical lingo that many users may not understand but to offer an intelligible rundown of the pros and cons that the Chord Mojo brings and to focus on how well it has aged.

That’s why we’ve highlighted the lack of inherent Bluetooth and Wifi capabilities and the omission of fast charging as issues that might be missing from reviews that were published alongside the Mojo itself.

But we don’t want to neglect the fact that the Mojo truly is a one-of-a-kind portable device that accomplishes incredible feats for its price, and we can’t do that without pointing out some of the main features, all of which require the use of technical jargon. So bear with us for a while.

To start with, you need to know that, instead of relying on conventional DACs, Chord has manufactured its own high-performance multi-purpose DACs based on field-programmable gate array chipsets.

We won’t get into the specifics of how this is different from the standard fare as that alone would double the length of this review, but basically, this has enabled Chord to do some truly amazing things with their software on the Mojo, all the while cutting down on costs.

Furthermore, the amplifier and the DAC share the same circuit, which offers plenty of neat perks. Most importantly, it makes it so that there’s no sound degradation at any volume level when used as a line-level output.

Plus, unlike many other DACs, Mojo does not require the source to do any unsampling before receiving the signal. In fact, it works better if this is the case, as it’s able to unsample up to 2048 times. For reference, when the Mojo came out, most DACs had an unsampling capacity of fewer than 200 times!

There are just some of the features that made the Mojo stand out when it first got released, and all of them still hold up today.

At this point, there’s not a lot we can tell you about the audio quality offered through the Mojo that isn’t already clear. It didn’t win several awards for nothing, after all.

In short, the sound signature has a lot of warmth and texture to it. It’s detailed and controlled. It enhances all audio that goes through it, regardless of the genre of music that’s being played or the device it’s paired up with. From high-impedance headphones to regular earbuds, it drives all devices effortlessly and brings out the best in them.

We understand that some of you may have expected a lengthier discussion on audio quality, but it’s just superb. That much hasn’t changed since its release.

In conclusion, the Chord Mojo is as great a device as ever. No audiophile will get disappointed by the audio quality. Basically, it’s well worth the money, although you can get comparable performance for cheaper if you don’t need portability.

However, it does show its age through the lack of inherent wireless connectivity support and some battery limitations.

Aside from that, the only thing we aren’t wholly on board with is the wonky user interface, as it takes some getting used to.

Nevertheless, if these points don’t present an issue for you, then you shouldn’t have any reservations about getting the Mojo. 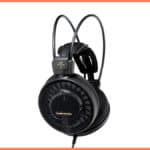